Will It Stay or Will It Go?

Is coworking a seismic shock to the office leasing industry? More like a mild tremor, say these SIORs. 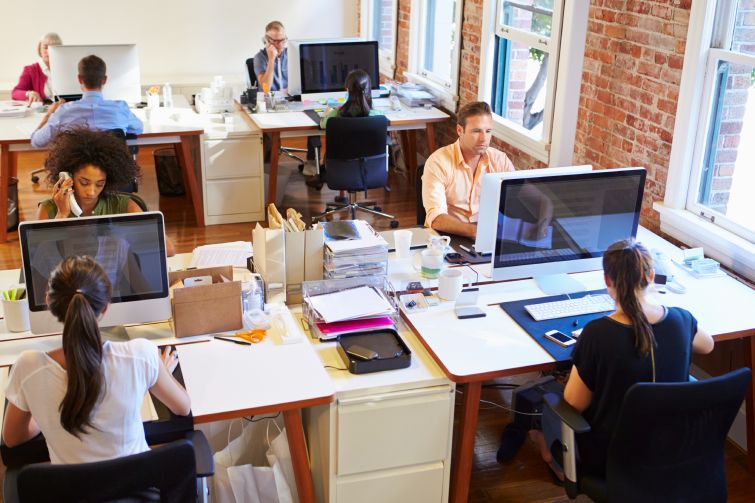 By any metric, coworking is a trend on the rise, and one that many believe will permanently alter the nature of office work. By extension, its demand has also altered the office leasing landscape. Coworking spaces are now a must-have option for tenants looking for short-term or flexible arrangements.

Coworking conference series organizers GCUC forecast that the number of coworking spaces will jump from less than 15,000 in 2017 to over 30,000 in 2022. But though it’s easy to view this as a game changer for office leasing, some SIORs believe the effect of this relatively new player in the office leasing market might be overblown.

Toronto-based Robert Renaud, SIOR, is the managing principal and broker of record of Canadian brokerage firm Devencore. He’s worked for 22 years in the Toronto office-leasing industry with a focus on tenant representation. Renaud sees the coworking trend having an effect on office leasing, but not to the extent that brokers should be overly concerned about its long-term impact.

“We are operating at full capacity in many economies globally, and with businesses looking for flexible workspace to accommodate millennial workers, they want to reduce their capital cost. So it’s easy to latch onto the coworking trend,” Renaud said.

“These coworking operators sign five, 10-, 15-year leases and fill the space up,” he continues. “However, when the market turns and the economy softens, the flexible workspace will be the first thing shed. It’s flexible. It’s month-to-month. If you’re a landlord, all of a sudden you’ve got coworking operators getting rid of a lot of their space. Are they going to be able to survive?”

Grant Pruitt, an SIOR designee, president and managing director of the Dallas Fort Worth area Whitebox Real Estate, has a different take. “I think people get bent out of shape about the severity of the coworking trend. At the end of the day, it’s going to blend into the fabric of real estate…A coworking space is generally not that different from an executive suite. It’s got some different bells and whistles, but it’s more of a ‘new age’ type executive suite set-up, and I think it can be extremely beneficial for real estate,” he said. “It allows some flexibility we wouldn’t be able to convey to our clients otherwise.”

Of course, given the recent explosion of coworking (largely driven by industry leader WeWork), one could be forgiven for wondering if coworking could be taking a larger bite out of the office leasing market. Forbes noted that “by the end of 2017, nearly 1.2 million people worldwide will have worked in a coworking space,” and The Guardian, citing a study by Small Business Labs, claims that number is expected to grow to almost four million by 2020.

But all is not rosy for coworking operators. The Guardian also mentions that “60 percent of all coworking spaces are not profitable,” a figure that calls into question the industry’s long-term strength.

“I’m not going to take a knock at WeWork, but they’re not making money,” Renaud said. “They’re raising a lot of capital, but they’re not profitable. If there’s any economic shock that impacts corporate space needs, coworking likely will be cut first.”

He also mentions that this perspective is taking hold in the investor community. “I have a landlord developer friend telling me he’s staying away from coworking operators as a top-of-the-market strategy. His view is, it’s easy to shed.”

Renaud explained that many on the broker and tenant representative side are still wrestling with coworking and figuring out how to best integrate it into their businesses.

“We’re still in the middle of it, but we as brokers haven’t figured out how to harness the entire spectrum of that coworking market to make money,” he said. “But, we are right in the mix of trying to have a seat at the table to influence where this goes.”

He notes that many tenants of coworking spaces lease that space directly, with no broker participation, and that WeWork recently announced a pilot program that he considers “a polite way of saying they’re going to be competing with brokers,” adding, “I don’t see how that’s going to work, [because] there are a lot of conflicts in there.”

Pruitt, on the other hand, sees coworking as a trend that office brokers will adapt to. However, he agrees that an economic downturn could take a significant bite out of the coworking market.

“It’ll be interesting to see what happens when a downturn occurs and who has the staying power to survive,” he said. “There are a lot of long-term leases out there held by coworking firms that then rent their spaces on a very short-term basis. To a certain extent, I think it’s going to be like what we saw with executive suite providers. Pre-recession, there were many more of them. But on the tenant rep side, it’s currently another arrow in my quiver to offer to my client base—another tool to help drive their goals. It gives me another tool, and quite frankly I’m grateful for that.”

“When you hear about WeWork starting to get into real estate brokerage however, that’s when I get my spidey senses up and wonder how that trend will impact what we do,” said Renaud. “But anybody who’s been around a long time—fifteen-twenty years, or more in this business—has to just look at it as one more thing. It’s a tool in your tool kit. You just have to use it appropriately. If we can become partners with these providers, then everybody wins.”