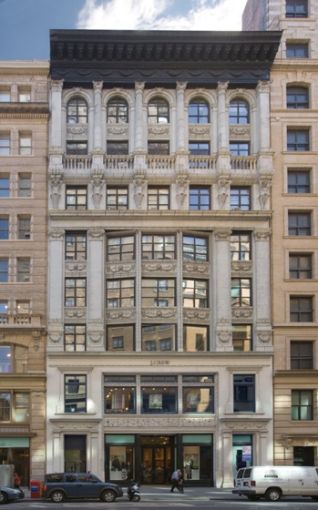 Domio, a technology-enabled hospitality company, will relocate its headquarters to 91 Fifth Avenue, Commercial Observer has learned.

The company signed a five-year lease for 8,000 square feet in the HRC Corporation’s eight-story building between East 16th and East 17th Streets, according to a spokesman for the Kaufman Organization who handled the deal for the tenant. Domio will take over the entire sixth-floor, where asking rents were in the high $60s per square foot.

Greg Albert and Jared Sternberg of the Kaufman Organization represented Domio in the deal while landlord HRC Corporation brokered the deal in-house. A representative for HRC Corporation did not immediately respond to a request for comment.

“Domio needed a headquarters that would both accommodate its rapid growth and effectively showcase the exploratory and innovative spirit of the company,” Albert said in a statement. “91 Fifth Avenue provides the firm with a fresh, modern space featuring glass-finished offices and conference rooms, upgraded kitchens and bathrooms all set in an open floor plan to easily facilitate collaboration among Domio’s team members.”

The hospitality company will relocate from its current offices at a WeWork in 1460 Broadway. Domio was founded in 2016 to offer a portfolio of custom designed vacation rentals in Austin, Tex., Boston, Honolulu, Nashville, Ten., New Orleans, and San Diego.

Last week, Domio partnered with private equity firm Upper90 for a $50 million joint venture to roll out as many as 25 apartment-style hotels across the country, Bloomberg reported.