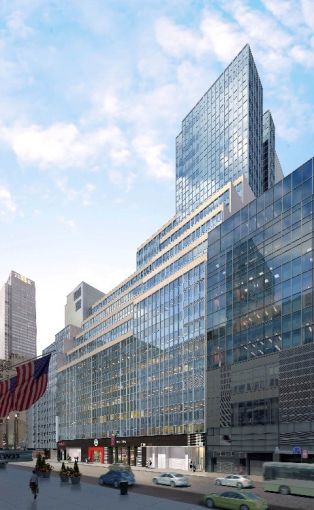 Web-based enterprise communications provider, Diligent Corp., will relocate its U.S. headquarters to 44,700 square feet on West 33rd Street, according to the building’s landlord.

Diligent signed an 11-year lease for parts of the 15th floor and the entire 16th floor of Empire State Realty Trust’s 111 West 33rd Street between Avenue of the Americas and Seventh Avenue, The New York Post first reported. Asking rent for the space was $67 per square foot, a spokeswoman for ESRT said.

Keith Cody and Leslie Nadel of ESRT brokered the deal for the landlord, along with Scott Klau, Erik Harris and Neil Rubin of Newmark Knight Frank. Louis D’Avanzo, Mark Richardson and Michael Baraldi of Cushman & Wakefield handled the transaction for Diligent.

“We are excited that Diligent has chosen to relocate their office headquarters to 111 West 33rd Street,” Thomas Durels, the executive vice president of real estate for ESRT, said in a statement.

A spokeswoman for C&W did not respond to a request for comment.

New Zealand-based Diligent will relocate from 22,000 square feet at 1386 Broadway. It’s unclear when its move to West 33rd Street will take place.