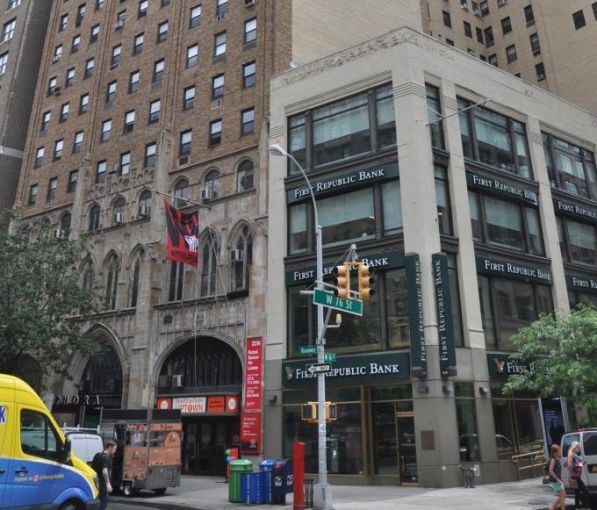 Design Within Reach is returning to the Upper West Side with a new 6,500-square-foot store at 2162 Broadway between West 77th and West 76th Streets, the company announced. It is ground-floor space that was occupied by Sephora, before the makeup giant relocated to smaller digs a bit south.

When the new Design Within Reach opens in early 2019, it will mark the company’s re-entry to the neighborhood since the 2015 closure of its Upper West Side store—about 3,000 square feet—at 341 Columbus Avenue between West 76th and West 77th Streets.

“We’re excited to return to Manhattan’s Upper West Side,” Design Within Reach President John McPhee said in a press release. “We have a prime location on Broadway that has significant foot traffic and at three times the size of our previous location will better serve the modern design fans who live in the neighborhood.”

Per the property marketing material, Newmark Knight Frank‘s Jason Pruger and Aaron Cukier (who is now in-house at Extell Development Company) represented the landlord, Lawrence Friedland. NKF also has a national exclusive with Design Within Reach. Pruger directed an inquiry to Design Within Reach’s corporate office in Stamford, Conn. No one from the company, founded in 1998, responded to a request for information. A NKF spokesman declined to comment.

The four-story Upper West Side building at 2162 Broadway is also home to McGinn/Cazale Theatre, New York Sports Clubs and a physical therapy business.

Lease details weren’t immediately clear, but asking rents for retail space on the Upper West Side are about $250 per square foot, an area broker said.