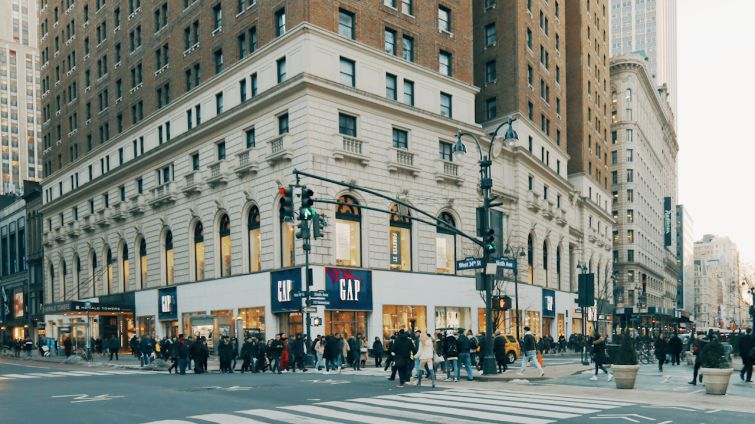 According to the New York City Department of Finance document, AIG Investments has agreed to renegotiate mortgage terms for its $275 million loan on Herald Towers at 1282 Broadway after the building’s two biggest retail tenants, The Gap and Forever 21, announced that they would not renew their leases.

AIG, “without any obligation to do so, has agreed to the…loan modification request,” the document states. Specific details of the changes to the original mortgage, which dates to 2013, did not appear in the record, and representatives for AIG and for JEMB Realty, Herald Towers’s owner, did not immediately respond to inquiries. JEMB is led by Morris Bailey and Joseph Jerome.

Gap Inc. announced last September that it would close 200 stores, and Commercial Observer reported earlier this summer that the Herald Square location was a potential target based on JEMB’s plans to renovate and reposition the 700-unit residential building in an effort to attract younger renters. Forever 21 is set to decamp from its 6,500-square-foot retail space in November, according to data from CoStar Group. Gap’s lease runs until 2020, and it was unclear whether the company would vacate the store earlier.

“The available retail spaces are part of a large scale repositioning of all of Herald Towers,” Louis Jerome, a principal at JEMB Realty, said in a statement. “Once complete, Herald Towers will further solidify itself as a dynamic retail and residential destination”

Gap share prices have fallen sharply on the New York Stock Exchange after uninspiring earnings results for both the first and second quarters this year. The stock fell 16 percent in late May after the company announced that same-store sales were down 4 percent in the first three months of 2018. Sales at Old Navy—another brand controlled by the company—strengthened, but not as much as analysts had hoped. Shares also declined at the end of August when the company shared a new round of mediocre same-store comparisons for the second quarter.

Banana Republic, another Gap brand, has showed signs of wilting this year. In February, the company decided to shut down is New York City corporate headquarters for Banana Republic, consolidating the work of 112 staffers at Gap’s main office in San Francisco, The New York Post reported. Analysts are more optimistic about the company’s Athleta brand.

The voicemail system of Gap’s San Francisco-based spokeswoman was not accepting new messages.