While Gap Inc. will dump 200 Gap and Banana Republic locations, it will add 270 Old Navy and Athleta shops 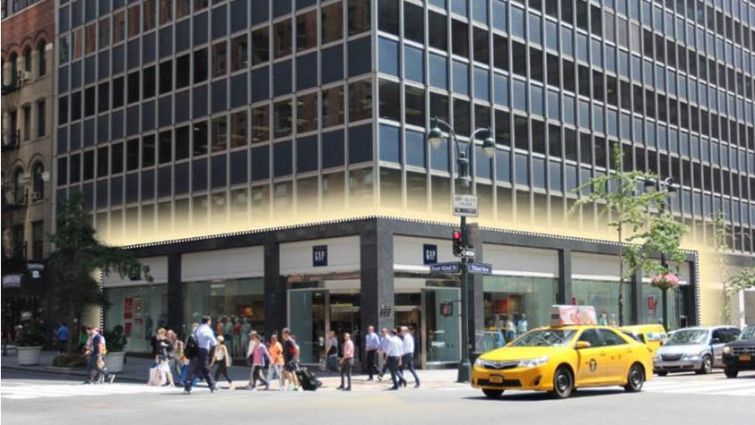 Gap will hold on to the Midtown East location on the corner of East 42nd Street for another decade, since opening in 1992. It has 8,421 square feet on the ground floor and 7,363 square feet on the lower level, according to The New York Post. The asking rent in the deal was $250 per square foot, the Post noted.

Ariel Schuster and Justin Fantasia of RKF represented Gap in the deal. Ashlea Aaron handled the deal in-house for Durst. RKF’s brokers declined to comment via a spokesman.

The Gap deal is “a testament to the strength of retail along East 42nd Street and Third Avenue,” Jonathan Durst, the president of Durst, said in prepared remarks.

The company announced that over the next three years it would close 200 Gap and Banana Republic stores, while opening 270 Old Navy and Athleta stores.

The real estate moves allow the company to “focus to where customers are shopping, simultaneously increasing its presence in its more profitable value and online channels,” according to a company release. The investment in Old Navy and Athleta stores is “driven by growth in online and mobile channels, U.S. store expansion and continued market share leadership in loyalty categories.”

Old Navy’s net sales globally ticked up to $1.76 billion in the second quarter from $1.71 billion year-over-year, according to the company’s August earnings report. Athleta’s finances were not broken out. Gap’s net sales, meanwhile, dropped to $1.23 billion from $1.31 billion, and Banana Republic’s sales dipped to $579 million in the second quarter from $633 million a year prior.