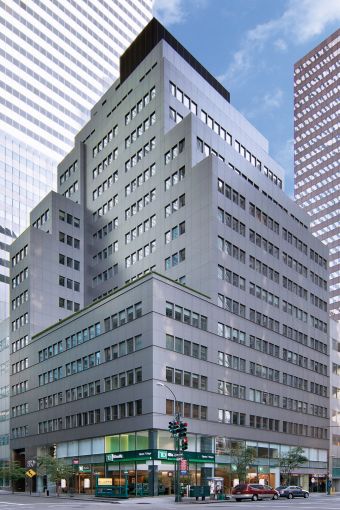 WeWork has nabbed nearly 70,000 square feet across seven floors in a Midtown building, the landlord announced, in what WeWork said is its 12th location in the area.

The coworking giant sealed a deal for 69,679 square feet on floors five and six and nine to 13 in the 18-story 880 Third Avenue. The 15-year lease, which commences this summer, includes two outdoor terraces on the 12th floor. Asking rents at the property are roughly $65 per square foot.

“We continue to see exceptional demand for WeWork in Midtown Manhattan,” Granit Gjonbalaj, the chief development officer for WeWork, said via a spokesman. “Having already built a substantial footprint in the area, we are delighted to be able to offer businesses of all shapes and sizes with even more space in this bustling part of the city.”

Jonathan Resnick, the president of Jack Resnick & Sons, said in prepared remarks: “We’re confident WeWork and its clients will benefit from our building’s outstanding location, first-rate infrastructure and quality service.”

The landlord was represented in-house by Brett Greenberg and Fran Delgorio. Savills Studley’s Ken Ruderman and Andrew Zang along with WeWork’s David Sadkin worked on the tenant’s behalf.

Ruderman called the transaction “creative” and said the deal got done due to “the collaboration of numerous skilled professionals.”

Office tenants at 880 Third Avenue include The Trustees of Columbia University, the Ivy League school’s governing body, which expanded in the building in 2016, as Commercial Observer reported at the time; finance firm QS Investors and risk management company Fisher Harris Shapiro. Retail tenants there are TD Bank, Gregorys Coffee and Pret A Manger.