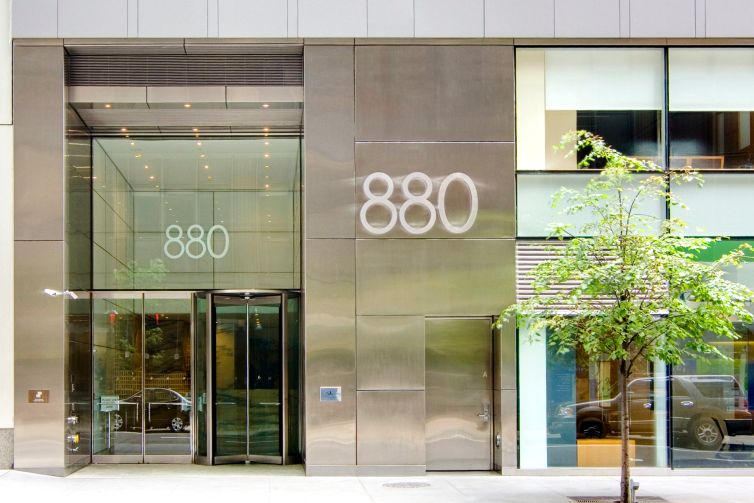 The Trustees of Columbia University in the City of New York, the Ivy League school’s governing body, has signed a lease to expand its foothold at Jack Resnick & Sons’ 880 Third Avenue in Midtown.

Commercial Observer has learned that Columbia has inked a 12,081-square-foot deal for the entire third floor of the property between East 53rd and East 54th Streets.

The tenant has been based at the building since 2009, occupying the entire 11,477-square-foot second floor, for its ophthalmology department, according to a press release from the landlord. That will expand to the third floor, and Columbia will also use the space for its dermatology and otolaryngology/head and neck surgery departments.

Asking rent in the expansion was $60 per square foot, the release indicated. The landlord declined via a spokesman to provide the length of the lease and when the school would assume the space.

“We’re delighted that Columbia has chosen to grow with us and expand their medical offices at 880 Third Avenue,” Dennis Brady of Jack Resnick & Sons said in prepared remarks.

Brady and colleague Fran Delgorio represented the landlord, while Columbia was represented by its in-house real estate team.

Bevmax Office Centers, Jaffe Ross & Light and Kanan Corbin Schupak are some of the other office tenants at the building. TD Bank, Pret A Manger and Crumbs Bake Shop occupy the retail section.