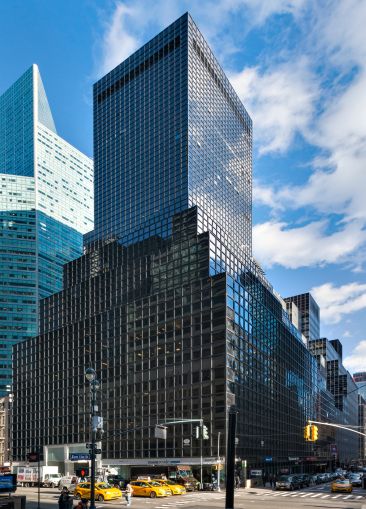 Warshaw Burstein is relocating within Midtown East to 40,383 square feet at 575 Lexington Avenue between East 51st and East 52nd Streets, one of the building owners announced.

The 1927 mid-sized law firm—which represents businesses, financial institutions and prominent families and individuals in litigation and transactional matters—signed a 15-year lease for the entire seventh floor in the 35-story 745,400-square-foot office building, according to George Comfort & Sons. A spokeswoman declined to provide the asking rent.

Warshaw Burstein will move from 555 Fifth Avenue between East 45th and East 46th Streets, where it has been for more than 50 years, next summer, as Globe St. first reported. Warshaw Burstein will be taking space that is occupied by law firm Boies Schiller Flexner. That firm will move out of the floor as well as the eighth and 12th floors later this year for space in Hudson Yards, as Commercial Observer previously reported.

Peter Duncan, the president and CEO of George Comfort & Sons, noted in a release that Warshaw Burstein was drawn to 575 Lexington Avenue for its “convenient Midtown location, the thoughtful improvements to the tower and the existing installation on the seventh floor, which was ideal for the firm’s esteemed professionals.”

In seeking new digs, Warshaw Burstein sought a building where it has “room to continue on the growth path that we pursued for the past 10 years,” according to Frederick Cummings, the managing partner of Warshaw Burstein, who noted the seventh-floor layout is “perfect” for the company.

Michael Burgio of Cushman & Wakefield represented Warshaw Burstein in the deal. Newmark Knight Frank‘s David Falk, Ben Shapiro, Kyle Ciminelli and Michael Shenfeld worked on behalf of the owners, George Comfort & Sons, Angelo Gordon & Co. and Normandy Real Estate Partners. A spokesman for C&W didn’t immediately respond with a comment and an NKF spokeswoman would only confirm her brokers were on the deal.

The ownership trio acquired 575 Lexington Avenue for $510 million in September 2015. They recently completed a renovation of the building to include a full redesign of the building’s lobby, the construction of a brand new entrance and upgrades to the elevators, HVAC and security systems. They are also transforming the entire 20,000-square-foot 14th floor of the building into an amenity space, as CO reported in May. The following month, CO reported that the owners secured a $415 million refinancing on the building from a debt fund raised by Paramount Group.

Office tenants include Weill Cornell Medical College, which leases more than 156,000 square feet on five stories, and high-profile litigators Boies, Schiller & Flexner, which is on three floors. Street-level retailers include a Duane Reade, a Maison Kayser and a New York Sports Clubs outpost.