The Plan: Owners of 575 Lex Plan to Add Full Floor of Shared Amenities 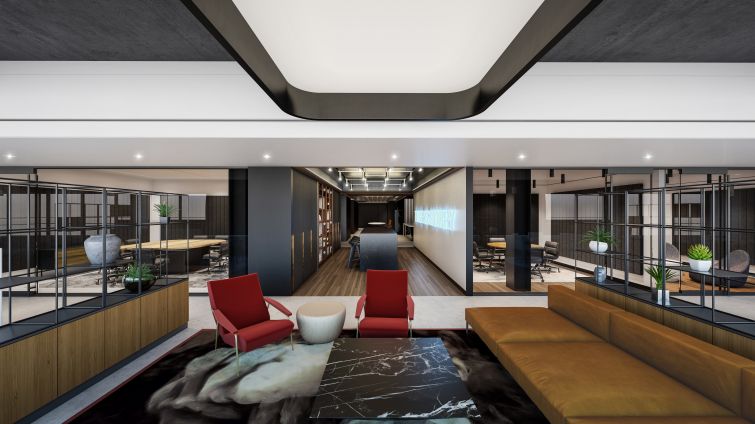 A lounge and conference rooms will be avaliable for tenant's employees. Rendering: Gensler 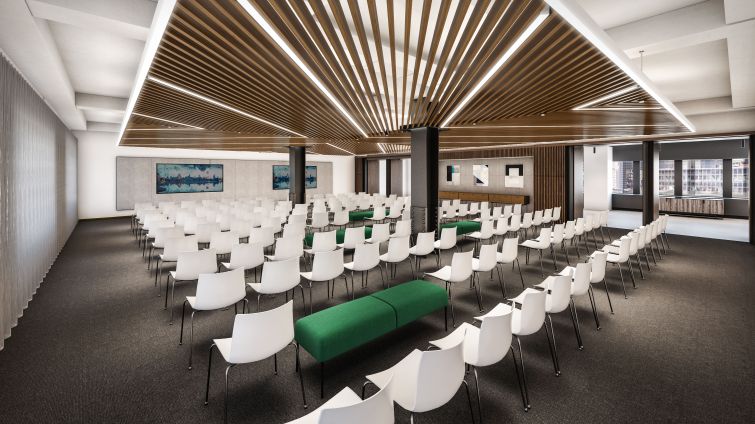 The town hall area will be able to accommodate 150 people. Rendering: Gensler 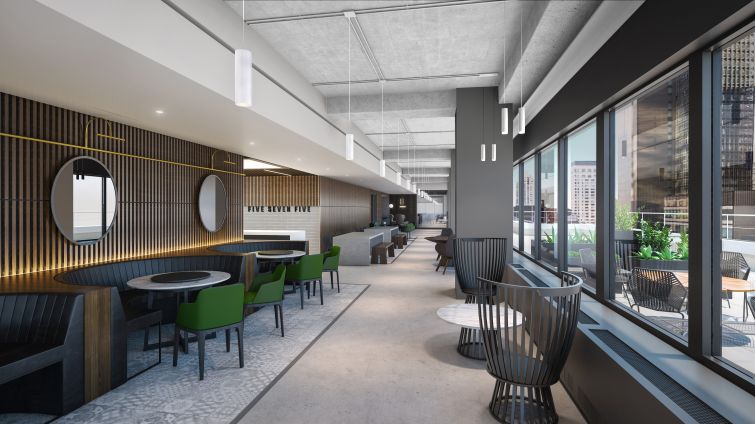 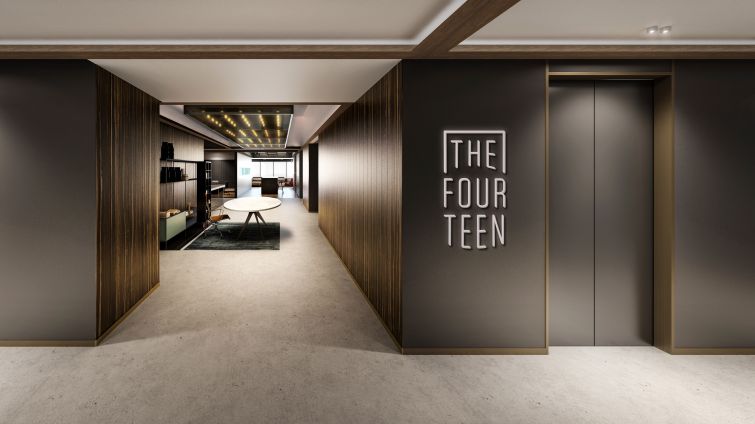 The new amenity floor will have wooden walls and modern lighting. Rendering: Gensler 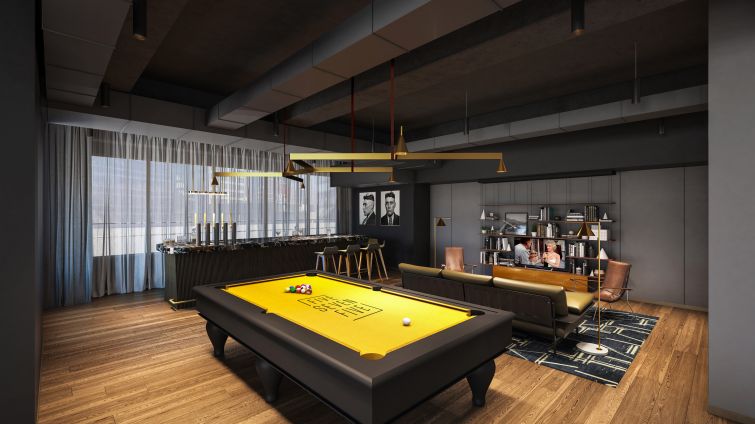 The game room will feature a pool table and a bar. Rendering: Gensler
Previous Next

So that’s why landlords usually decide to convert lower-level or old storage space into a fitness center or a lounge for tenants. But taking a midlevel floor—especially one that comes with an outdoor terrace—that could be rented out and creating an amenity floor? That’s bananas.

However, that’s exactly what the partnership of Angelo Gordon & Co., Normandy Real Estate Partners and George Comfort & Sons is doing at its building at 575 Lexington Avenue between East 51st and East 52nd Streets.

In a project that will cost roughly $3 million, the partners have tasked architecture firm Gensler with transforming the entire 20,000-square-foot 14th floor of the building into an amenity space. Executives for the landlords believe it’ll make the 35-story Plaza District tower that more attractive to tenants that don’t or can’t have their own large conference rooms, lounges or outdoor space.

“We’re finding that a number of tenants are looking to have the ability to access situations like this,” Peter Duncan, the president of George Comfort & Sons, told Commercial Observer.

Duncan didn’t seemed concerned about losing rent for the floor, saying that amenities create value for the building, making it more appealing to “existing and potential tenants.”

“We think it’s a great way to differentiate our building against others,” he said.

The partnership purchased the building for $510 million in 2015. It has made technical and mechanical upgrades since. But now it’s turning its attention to more aesthetic renovations. (While Duncan didn’t reveal other plans, he said this amenity floor is just the first initiative the owners have announced when it comes to upgrades.)

The amenity floor will be run by a yet-to-be-decided third-party operator and come with game room, lounge, coffee bar, various conference rooms, boardroom, outdoor terrace with seating, and large town hall area that will be usable for catered events, company-wide meetings and other shindigs. Construction will begin in mid-June, and the landlords are hoping to open the floor by September.

Gensler designed the floor with a number of contemporary and residential features, such as a variety of sofas and homey chairs in the lounge areas, and carpeting and wood sidings and floors in select areas. Columns will be stripped throughout.

There will be three conference rooms for up to 10 people, two that could seat up to six and one boardroom for 20 to 30 people. The meeting areas will be equipped with audio and visual technology for video conferencing. The town hall area will be able to accommodate around 150 people. Also, the game room will have a pool table and feature recessed lighting, sofas and a bar area, so tenant’s employees don’t need to leave the building to have a little after-hours (or on-the-clock) fun.

“We try to deliver many different environments, because [oftentimes] tenants don’t have enough space to build this in their own offices,” said Thomas Vecchione, a principal at Gensler. “You get a [drink] and play a game of pool. Game rooms and rec rooms are super important. They are all about team building.”