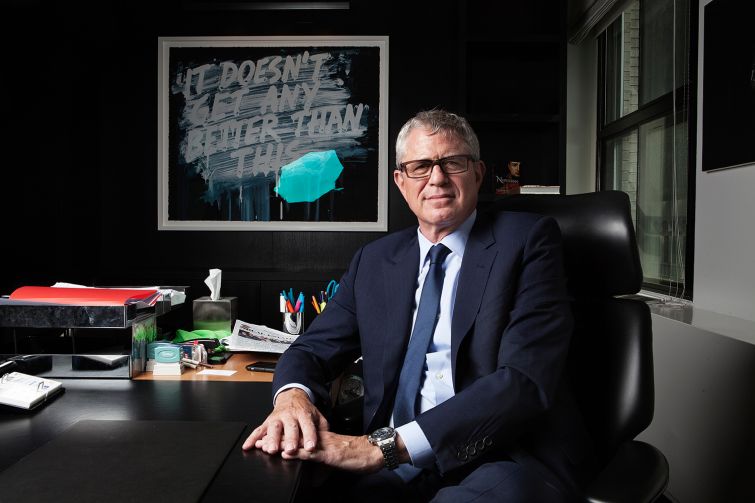 In the hopes of speeding up their deal to be acquired by Newmark Group, the heads of RKF were pushing to get contracts with their brokers signed as early as July 1. But the retail brokerage has yet to obtain the required signatures of 80 to 85 percent of its brokers and agents on five-year contracts, Commercial Observer has now learned. The hang-up? Having to contribute a percentage of their commission to stock.

Newmark—a commercial real estate advisory firm—awards its brokers 10 percent of their commission through restricted equity units over a number of years, as CO previously reported, and that policy will be in effect for the RKF brokers once the deal is sealed.

For the bulk of RKF’s salespersons, who are junior and count on getting a full paycheck, losing 10 percent of their take-home pay is a problem. Even paying for an attorney to review their contracts—as each agent was told to do—is more than many agents want to spend, so some senior brokers are footing the bill for their unofficial team members.

“There was never a July 1, 2018 deadline and the deal is expected to close by the end of the year as previously announced,” said Karen Laureano-Rikardsen, the head of marketing and corporate communications at BGC Partners, the parent company of Newmark.

However, multiple sources confirmed there were internal meetings at RKF in which company CFO Michael Flood said that he hoped to be poised for the acquisition as early as July 1.

Newmark announced in May that it would be acquiring RKF for an undisclosed price before the end of the year. In the deal, RKF head Robert Futterman will become the head of the combined company’s retail division. CO has since learned that the deal requires Futterman to stay on board for five years.

Futterman previously told CO, “I see the opportunity to grow the brand and I need the resources to do that.” Folding into Newmark, he said, also allows his brand “to get more exposure.”

Last month CO reported that RKF agents were having mixed reactions to the news about contracts, and people including the head of the Miami and Los Angeles offices were “running out that door like no tomorrow.”

Since that time, the two top people in RKF’s Chicago office have departed: Anthony Campagni and his number-two, Elan Rasansky. (Apparently Campagni is still staying on in some capacity, as he holds the office’s brokerage license.) Brandon Berger, a director in New York City and one of CO’s 2017 30 Under 30 leasing and sales professionals, left RKF in June to work in real estate at Mediterranean-inspired fast-casual brand Cava, which was one of his clients. In addition, at least half a dozen support staff have left the New York City office in the last six months.

A spokesperson for Futterman did not immediately provide a comment.

Update: This story was edited to reflect the fact that the date of July 1 was not an official deadline or one handed down by Newmark, and to include a comment from BGC Partners.