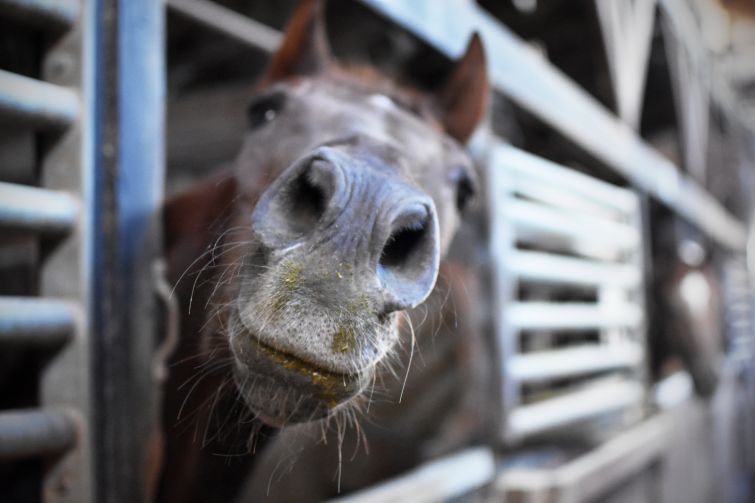 It seemed at first like a painfully mismatched fight: a showdown between a local developer and the horse-loving communities of Glendale and Burbank, Calif.

The conflict in the Glendale and Burbank Rancho neighborhoods of Los Angeles County was ignited this February when Art Simonian, the founder of Metro Investments, and Thomas Bell, a developer and the owner of Silver Spur Stables located at 1900 West Riverside Drive, filed an application with the City of Glendale to change the stables’ zoning from commercial equestrian to multifamily apartments. They didn’t know what they were getting into.

Simonian and Bell were hoping to demolish the stables, currently housing 80 horses, to make way for 21 townhouses in six three-story buildings on the one-acre parcel on which the stables, built in the 1930s, sits. It would also call for the removal of a 30-foot width of Allen Avenue, an access route to the trail system and Griffith Park. The two hoped to have the project completed by August 2019. Both Simonian and Bell declined to comment on their plans.

The move became the opening volley, which would be met by stringent opposition from Glendale and Burbank residents and equestrians who feared the change would threaten the area’s equine heritage and historic character, pose significant health and safety risks and remove valuable access to Griffith Park and local bridle trails. It would also, in their opinion, put the low-density single-family zone at risk for future zoning challenges and decimate equestrian businesses serving horse owners and working stables.

Silver Spur is part of a designated commercial equestrian zone in Glendale that occupies the south side of West Riverside Drive, adjacent to the Burbank and Los Angeles County borders at the most westerly point of Glendale. The five-acre Glendale commercial equestrian zone at the center of the controversy counts not only Silver Spur, but several other commercial and private boarding facilities among its equine businesses, including Triple R Boarding Stables, L.A. Horse Rentals, Trikee Tack and Whispering Willow Farm among its offerings.

Jay Geisenheimer, a longtime equestrian, resident and real estate broker with Rodeo Realty specializing in horse properties, was one of the leaders of SavetheRancho.org, the first of two community groups that ultimately helped defeat the project in part by going against Bell. Bell bought the stable for $1.2 million in 2008 to support his daughter’s equestrian interest. Geisenheimer was brought on by Joanne Hedge, the president of the Glendale Rancho Neighborhood Association, who reached out after learning of the zoning change application filed with the city of Glendale to help their cause. The group would end up being led by six women with close ties to the Burbank and Glendale ranchos and, as Geisenheimer put it “196 years of rancho residency between them.”

If the zoning had changed, Geisenheimer said it would have had a “domino effect,” effectively wiping out the area. “We have two rental stables, a tack room, lessons, hay deliveries and boarding, there is so much going on in this little world here on this small five-acre area. For equestrians, it’s our own little thing and this city has grown around us.”

“The horse world is a threatened world and this is a huge, huge win,” Geisenheimer added, from a perch at the windowed back room of the Mexican eatery Viva Rancho Cantina, which looks out on horse trails.

The Burbank and Glendale ranchos border Griffith Park, and span just south of Alameda and Victory Boulevards, east of California Street, to two streets past Victory Boulevard in Glendale and is mere miles—and worlds away—from major entertainment studios in the area including Warner Bros. and Universal.

The Los Angeles Equestrian Center was built in the 1980s for the 1984 Summer Olympic Games, and boards more than 400 horses and plays host to 45 annual equestrian events. Specially zoned to allow horses on private property, the rancho community draws horse owners and enthusiasts to reside or visit for lessons and events.

“This neighborhood was a thriving community of horse keeping, both commercial boarding stables and people who keep barns and horses in their backyards and all of this is really because there is an amazing trail system between this area and Griffith Park,” said Emily Gabel-Luddy, Burbank’s mayor and a Burbank Rancho resident since 1994. “It is an ecosystem which is unique in the United States. You will find nothing like it in New York, Chicago, Cleveland, Seattle, Washington, Portland—you just won’t find this kind of relationship with a park in the center of a huge metropolitan area.”

While the property at the heart of the zoning change is in Glendale, Geisenheimer said to strengthen their cause it was important for not only Burbank residents to mobilize , but to also show its wider impact on the equestrian community.

“There are 785 homes [zoned for single-family horse ownership] in the Rancho area, with 185 in Glendale and 600 in Burbank,” she said. “Burbank came to the call because we had to; we’re the bigger body of people. I didn’t want to show just how it effects Glendale, but how it effects equestrians around Los Angeles.”

To do so, she obtained letters of support from major equestrian organizations, including the Los Angeles Equine Advisory Committee, Equestrian Trails and local horse businesses, as well as local political leaders, including Glendale Assemblywoman Laura Friedman.

She set up a meeting with Glendale city officials, including Councilwoman Paula Devine, and the head of community services, Philip Lanzafame, and arranged for Devine and her husband Arthur, both of whom had served on several boards, to come out to view the area in question.

“[Devine] came with her husband and Joanne [Hedge] and I gave her a tour of Silver Spur. They gave us great direction on how to pursue [our goal] and what to talk about in front of city staff so we wouldn’t sound like NIMBYs but people who had something valuable to say,” Geisenheimer said.

Then, Geisenheimer and other opponents of the zoning change began showing up at the weekly Glendale City Council meetings to voice their concerns. They were also prepared to ride their horses over to Glendale City Hall in a Western-style show of protest.

Meanwhile, a second group, Save Glendale Riverside Rancho created by Silver Spur patrons Star Irvine and James DeCarli started a petition to both stop the zoning change and to have the area recognized as a special, and thus, protected, district within Los Angeles County. They also met with Glendale city and other elected officials, and neighboring state and local agencies. The issue received wider public attention through coverage in the Glendale News-Press and other local broadcast affiliates. The News-Press reported that many residents were discontent with Bell’s rezoning efforts feeling he was unnecessarily trying to make a greater profit on the sale through the zoning change. They also uncovered a less seemly part of Bell’s past: In 1996, Bell, the president of Bell Diversified Development, was indicted on charges of using more than $375,000 intended for renovation of buildings damaged during the Northridge earthquake to purchase personal luxury items, which The Los Angeles Times described as the “the biggest fraud prosecution” in the aftermath of the 1994 natural disaster. He served 18 months in prison and was ordered to pay a $350,000 fine.

In the end, Geisenheimer told the Commercial Observer her organization garnered more than 4,500 signatures through online and paper petitions to date. Meanwhile, a representative from Irvine and DeCarli’s group told CO they had gathered “the signatures of the nearly 700 homes in the Riverside Rancho” supporting both maintaining the area as commercial equestrian and establishing it as a special district to protect it from future land development encroachment.

Gabel-Luddy, an advocate for the preservation of Western heritage, said she isn’t anti-development, but “for this unique area—and I have always felt if there is going to be development— it has to be compatible.”

The Simonian project, in her view, was not.

“Many other development projects have come in and they haven’t been designed with the understanding of how the neighborhood works and this was going to be another one,” said Gabel-Luddy, speaking about both the design and high-density nature of Simonian’s proposal and others like a planned 65,000-square-foot Whole Foods that were “too dense or too intense.”

“He wanted 21 small lots on less than an acre of land that were going to be three stories high, with between 10 and 26 feet between the units,” Gabel-Luddy said. “The units were going to be townhouse development, adjacent to one another and then with little alleys in between. When I was working for the city of L.A. and doing small-lot subdivisions, this is not one I would consider.”

In the end, the public pressure, negative attention and support of public officials including Gabel-Luddy  resulted in Simonian withdrawing his zoning application on July 23.

While the future of Silver Spur Stables is still in question, Bell, who declined to comment on the zoning change defeat, told CO that “we are continuing to run the stables and have no immediate plans to do anything with the property other than continue as we have for the past 10 years owning this property.”

To Geisenheimer the battle did more than just maintain the area’s districting and the stable’s operation. For now, at least. (Bell, who Geisenheimer said received a few verbal offers of $3 million for the property during the zoning dispute, which, consequently, didn’t pan out after its defeat, is still likely to sell the business.)

“To me, it raised the profile of the Glendale Rancho in the eyes of their [elected] officials [and heads of community services and city planning],” Geisenheimer said. “I don’t think they’re going to go pitter-pattering back over here so quickly anymore, looking to invade our little world because they found out it’s not so little. Now that it’s over, that’s the biggest win. The Glendale Rancho profile has been completely elevated and the rancho now is one big united community.”

Seemingly proving Geisenheimer’s point, a week before the zoning application was withdrawn, the City of Glendale installed a monument honoring the local Glendale equestrian community at the intersection directly across the street from Silver Spur. Hedge, looking to strengthen the branding of the Glendale side of the rancho, had been advocating for the monument as part of a larger public works project in the area to improve streets and sidewalks.

For Gabel-Luddy, the project also inspired commissioning of a report on the history of the area due out this week, which, she hopes is the first of many aimed at strengthening public recognition—and potential zoning and land use protections—of the area’s singular nature and Western heritage.

“It’s just unique in the country and it seems like we should be celebrating and working with it rather than watching it gradually erode away,” she said.

Update: This story has been updated to correct the spelling of Save Glendale Riverside Rancho co-creator James DeCarli’s name, as well as clarify geographic borders, residential home counts and the results of select community action.