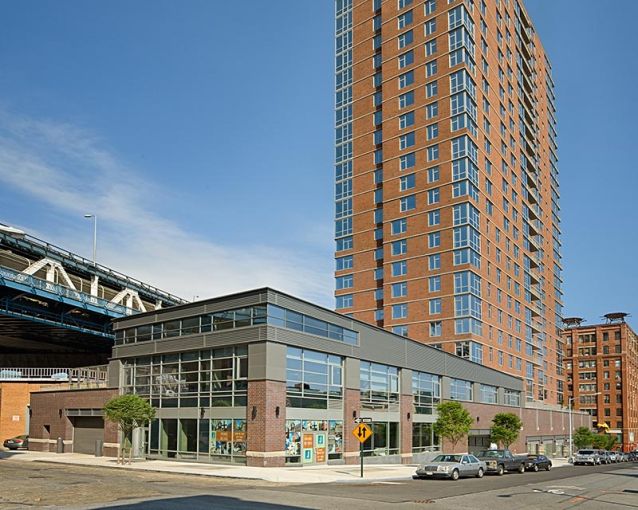 Dumbo is getting another small grocery store.

Wholesome Farms Market has inked a 15-year deal for its third Brooklyn location, at 108 Jay Street in Dumbo, according to a release from the landlord provided first to Commercial Observer.

The local grocery chain will take over a 3,000-square-foot retail condominium unit owned by The Hudson Companies at the corner of York and Jay Streets, in the base of the 33-story, 11-year-old J Condo residential tower. The store will open by the end of the year. A spokesman for the landlord declined to comment on the asking rent.

“I’ve been really impressed with Wholesome Farms Market’s Flatbush store, which I visited frequently when we were developing the Parkline [at 626 Flatbush Avenue in Prospect Lefferts Gardens],” David Kramer, the president of Hudson Companies, said in a statement. “We’re proud to welcome them to Dumbo and I think they’ll do great at the base of J Condo, especially given the great location across from the York Street F Station.”

The grocer has locations at 534 Flatbush Avenue in Prospect Lefferts Gardens and 1306 Atlantic Avenue in Crown Heights. The Dumbo location will be a gourmet market rather than a full-service grocery store, a Hudson Companies spokesman said. However, a full-service grocery is moving in around the corner at 66 Front Street, as CO previously reported.

“We’re excited to finally come to Dumbo and provide a great variety of fresh foods and produce to its residents,” said Omar Haimed, one of the principals of Wholesome Farms. “We’re very committed to Brooklyn and can’t wait to get started.”

The store replaces fast-casual eatery Dumbo Kitchen, which shut its doors in June. It joins a few other retail tenants in the building, including City Chemist, York Street Cellars and Chase Bank.

James Monteleone of All Points Real Estate brokered both sides of the deal.

“Dumbo has become one of the most sought out areas in Brooklyn, especially with all the new development taking place,” Monteleone wrote in an email to CO. “This particular corner, which generated tremendous interest, is perfectly located directly across from a new development” and attracts “tons of foot traffic.”