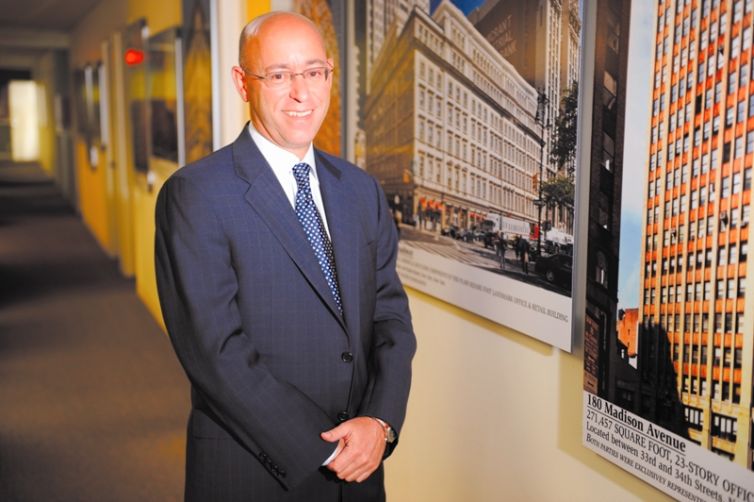 Ezratty, a former vice chairman at the now-shuttered Eastern, and Solarz, who served as an executive managing director at the brokerage, will take on the same titles in their new roles at NKF. Their newly launched Private Client Group—part of the NKF’s Capital Markets division—will specialize in “cultivating new client relationships” and finding “new opportunities” for the brokerage, Ezratty said in a press release announcing the hires.

The pair, who will begin at NKF after Labor Day, will be joined at the firm by their former Eastern colleagues Karlene Canner, Scott Ellard, Jason Shein and Johnny Yuran.

Ezratty started at Eastern in 1985 and became one of the brokerage’s top investment sales producers with more than $14 billion worth of transactions to his name—including the sale of the famed Ed Sullivan Theater in Midtown to CBS, which earned Ezratty the Real Estate Board of New York’s “Most Ingenious Deal of the Year Award” in 1993.

Solarz, who has more than 30 years of experience in the commercial real estate industry, originally joined Eastern in 1994. He earned the title of principal in 2000 and worked for the firm for 17 years before departing for Brookfield Financial in 2011. He subsequently rejoined Eastern in 2014 and has worked on more than $9 billion in transactions over his career—including more than 90 development site sales during his time at Eastern.

“Joining NKF in the height of its expansion in attracting top talent is a thrilling opportunity and we’re excited to get started,” Solarz said in a statement. NKF parent company Newmark Group became a publicly traded entity with an initial public offering on the Nasdaq last year, and NKF is currently in the process of acquiring retail brokerage RKF.

NKF CEO Barry Gosin said in a statement that Ezratty and Solarz’s new division “will help our capital markets platform grow at a time of great success and expansion in New York and throughout the country.”

James Kuhn, NKF’s president and chief strategy officer, added in a statement that the addition of Ezratty and Solarz “is critical to NKF’s national expansion” and will complement other facets of the brokerage’s business—namely its Debt & Structured Finance Group, helmed by brokers Dustin Stolly and Jordan Roeschlaub.

Representatives for NKF did not immediately return requests for additional comment.

Ezratty and Solarz are not the only former Eastern Consolidated brokers to have moved on with their careers since the firm’s surprise announcement earlier this summer that it would be closing down at the end of July.