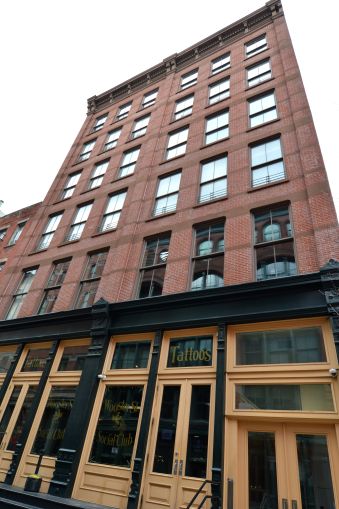 A Pinterest favorite, Australian wedding dress designer Grace Loves Lace, will open its first New York City showroom (and second in the U.S.) in Soho by the end of the year, Commercial Observer has learned.

Grace Loves Lace signed a five-year lease for the 4,300-square-foot storefront with 2,800 square feet below grade at 43 Wooster Street between Grand and Broome Streets, according to landlord Ascot Properties NYC. Ascot wouldn’t provide asking rent for the space.

“We believe that this is an ideal location and use for the space,” Ascot Properties Founder Lucky Bhalla said in a statement. “Combined with Gucci and other recent leases on Wooster, the Soho market has shown a lot of increased activity.”

Michael Glanzberg and Margie Sarway of Sinvin Real Estate represented both sides in the deal. Neither immediately responded to a request for comment.

Grace Loves Lace, founded in 2010 by Megan Ziems with a showroom in Burleigh Heads, Australia, is the designer behind the most pinned wedding dress on Pinterest, according to Harper’s Bazaar. The brand later opened showrooms in London and Los Angeles.

The Soho outpost will be the designer’s second in the country and will replace the Wooster Street Social Club tattoo parlor, which was the setting for the TLC Reality show “NY Ink.”

The shop changed its name to Love Hate Social Club and moved to 127 Lafayette Street in 2015 while the 43 Wooster Street storefront was occupied by the temporary clothing store 260 Sample Sale for two years, as CO previously reported. Ascot bought the commercial condominium unit in 2012 for $3.5 million.