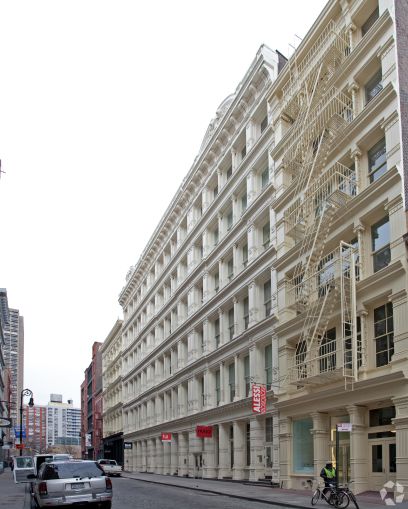 Lucky Bhalla‘s Ascot Properties NYC is bullish on Soho as the company scooped up two commercial condominium units in the neighborhood, one for $38.5 million and the other for $8.5 million, in a period of less than two weeks, Michael Brown, the vice president of Ascot, told Commercial Observer.

“We believe that this is an unparalleled asset” said Mr. Bhalla in a prepared statement. “Thirty feet of frontage on Soho’s best street provides a retailer or brand with unparalleled exposure and the full selling basement allows for a true flagship location.”

High-end Italian furniture store B&B Italia is leasing the space until the end of August.

The Real Deal reported in January when the deal was in contract for more than double what the sellers paid for it in mid-2014. Thor didn’t immediately respond to CO’s request for comment via a spokesman.

In the second deal, the family-run Valroge Corporation carved out a 2,900-square-foot commercial condominium unit on the ground floor and basement at 414 West Broadway between Prince and Spring Streets for Ascot, holding onto the upper residential portion of the building for itself, Mr. Brown said. Ascot paid $8.5 million for it on March 8. Antique store Paracelso is in the space on a month-to-month basis, Mr. Brown said.

“414 West Broadway is a deal that took a long time to complete but we worked very closely with the seller and are excited to have this space on the best block of West Broadway,” Mr. Brown said.

Joshua Siegelman from Winick Realty Group negotiated the deal. A spokeswoman for Winick didn’t immediately respond to a request for comment. Valerie Berk, the chief executive officer of Valroge, declined to comment.

Ascot also owns a commercial condo at 43 Wooster Street between Broome and Grand Streets that was leased to Wooster Street Social Club tattoo parlor when the company purchased it for $3.5 million in July 2012. The condo spans 4,000 square feet on the ground floor and 2,700 square feet below ground. Ascot is leasing the unit to clothing store 260 Sample Sale until at least the end of the year. (Love Hate Social Club, formerly Wooster Street Social Club, moved to Stellar Management’s 123-127 Lafayette Street between Howard and Canal Streets in Soho, as CO reported in April 2015.)

A year prior, Ascot purchased a commercial condo (4,000 square feet at grade and 4,000 square feet below grade) from Salmon & Marshall at 131 Greene Street, directly across the street from Ascot’s newly acquired 138 Greene Street, for $6.9 million. Google leases the space as has been previously reported. Mr. Brown declined to discuss the tenant.