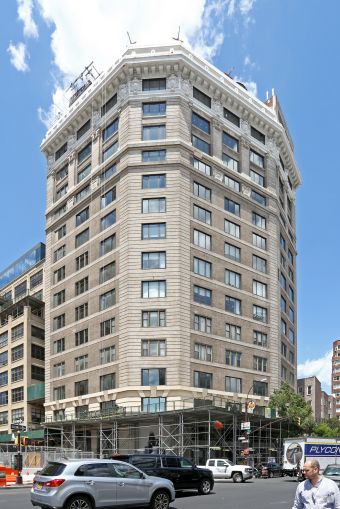 Insurance provider Aetna has signed a lease for 106,000 square feet in Stellar Management’s One Soho Square, a source with knowledge of the deal said.

The company will consolidate its offices at 100 Park Avenue and 1333 Broadway into the 12th through 15th floors at One Soho Square‘s East Tower, which has an alternate address of 161 Avenue of the Americas and is between Spring and Vandam Streets, The Real Deal first reported. A source told Commercial Observer the asking rent was more than $100 per square foot but would not say the length of the lease.

“We are combining some of our existing locations into one updated space in New York City, and as a result have signed a lease at One Soho Square,” a spokesman for Aetna said in a statement. “This will not impact employee headcount in the area; in fact, we expect job growth in the businesses that will be located in the new space, which we expect to occupy in the first quarter of 2019.”

Andrew Peretz, Brian Waterman, David Malawer and Brent Ozarowski of Newmark Knight Frank represented the landlord in the deal while Stephen Bellwood, Adam Ardise and Steve Ernst of Cushman & Wakefield handled it for Aetna, the source said. Spokespeople for NKF and C&W declined to comment.

Aetna signed a lease last year for 145,000 square feet at 61 Ninth Avenue with the plan to move its Manhattan offices and Hartford, Conn. headquarters to the Meatpacking District, as CO previously reported. However, Aetna squashed that plan this January after the company was bought by CVS for $69 million, as per TRD.