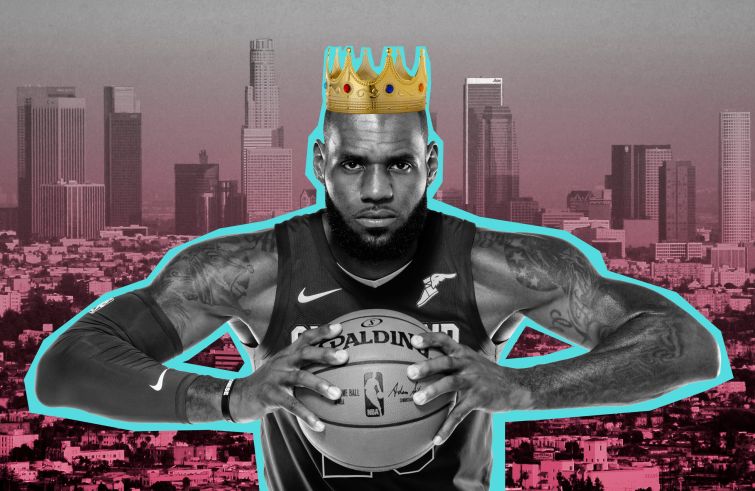 Specialty retailers in downtown Los Angeles, like the city’s diehard Lakers fans, are betting big on LeBron James, according to PMC Footwear News.

Local sneaker and apparel retailers are ready for the sales bump LeBron, who signed a hefty four-year $153.3 million contract with the hometown team, will certainly bring.

According to a Harvard University study published in 2017, researchers found that James had a profound impact on the local retail, which they measured through the number of restaurants and eating and drinking establishments, during his two stints with the Cleveland Cavaliers and time with the Miami Heat. They found that his mere presence increased the number of eateries within one mile of the stadiums by around 13 percent and employment at those businesses by 23.5 percent.

Major players in the footwear and apparel sectors in downtown Los Angeles, near the Staples Center where James will play, expect the area will also experience something similar and not just be limited to a surge in eateries.

Anytime a player of that caliber comes to a new city, it creates so much excitement, which leads “He will bring a lot of energy and new merch sales to L.A. and the world,” explained Peng Cheng, owner of boutique chain Bait. “I believe the impact this time around will be even greater than Cleveland and Miami because of the maturation of social media and also because it’s [the] Los Angeles Lakers.”

Yet, some don’t expect LeBron to be a slam-dunk as far as sneaker sales are concerned.

“L.A. has never been a great basketball shoe market,” said Matt Powell, senior industry adviser for sports with The NPD Group Inc. “The weather argues against wearing high-top, heavy shoes, and the skate look has been more important there. And certainly, sandals, flipflops and slides are more important. You’re going to sell a lot of jerseys, but I don’t think he’s going to be important to footwear.”