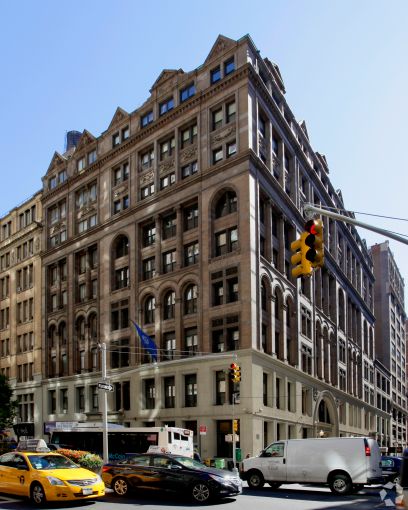 The fast-growing shared office company owned by IWG Plc inked a deal for 100,613 square feet on the second through ninth floors of the nine-story building just east of Madison Square Park, according to information from sources and CoStar Group. The length of the lease and asking rent weren’t immediately available. However, average asking rents for office space in the neighborhood hover around $76 a square foot, according to the most recent quarterly data from Cushman & Wakefield.

Brian Waterman, Alexander Radmin and Brent Ozarowski of Newmark Knight Frank handled the transaction for the landlord, CL Investment Group. JLL’s James Wenk and Kirill Azovtsev represented Spaces in the deal. Waterman declined to comment on the transaction, and spokespeople for JLL and Spaces didn’t immediately respond to requests for comment. CL couldn’t immediately be reached.

CL purchased the 121,000-square-foot Renaissance Revival building between East 22nd and East 23rd Streets from the nonprofit United Charities (which oversees the Children’s Aid Society and Community Service Society of New York) for $128 million in 2014. The Beijing-based developer then undertook a dramatic renovation of the interior, including stained glass windows, a skylight and a 28-foot-tall “Assembly Hall” on the ground floor, as CO reported last year.

Spaces has been expanding quickly throughout the five boroughs. Last year it nailed down a 100,000-square-foot flagship at Manhattan West, and it has outposts at Lighthouse Point on Staten Island, 31-00 47th Avenue in eastern Long Island City, Queens, 1740 Broadway and the Helmsley Building (230 Park Avenue) in Midtown.