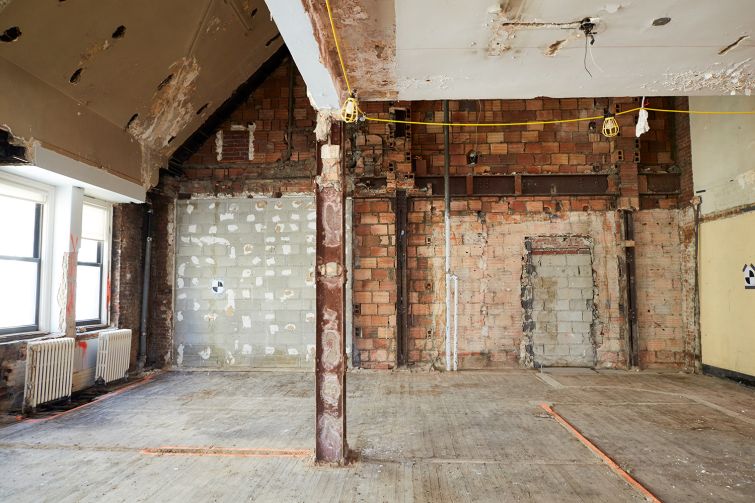 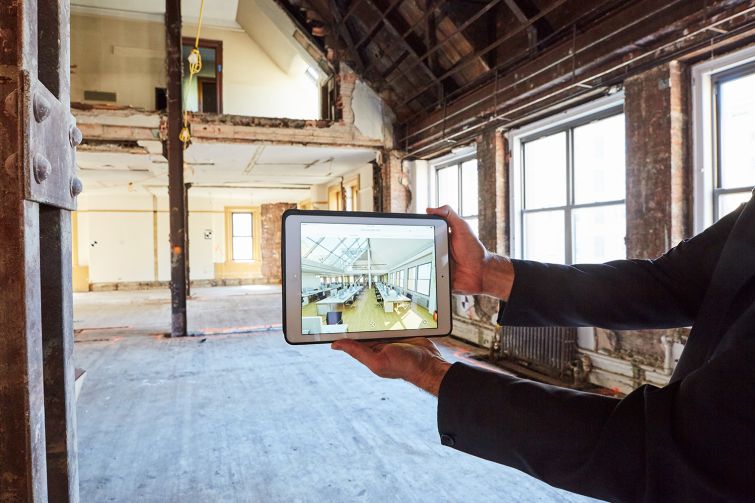 A rendering of what the ninth (top) floor of 287 Park Avenue South could look like. It features a 85-foot skylight and open plan layout. Photo: Yvonne Albinowski/For Commercial Observer Liam La Guerre 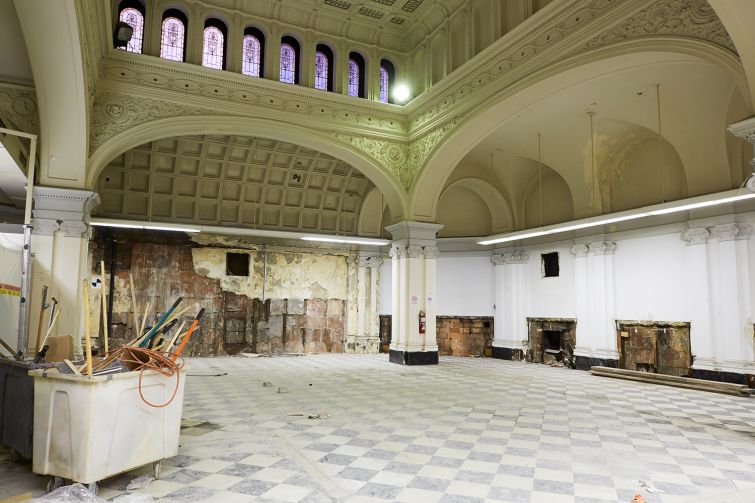 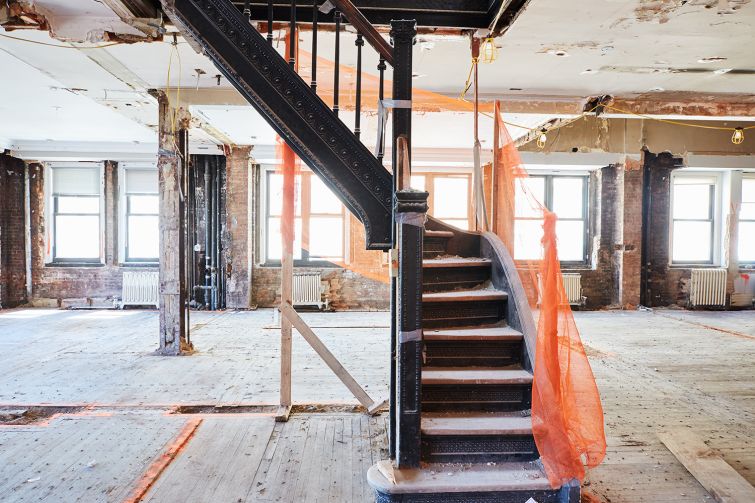 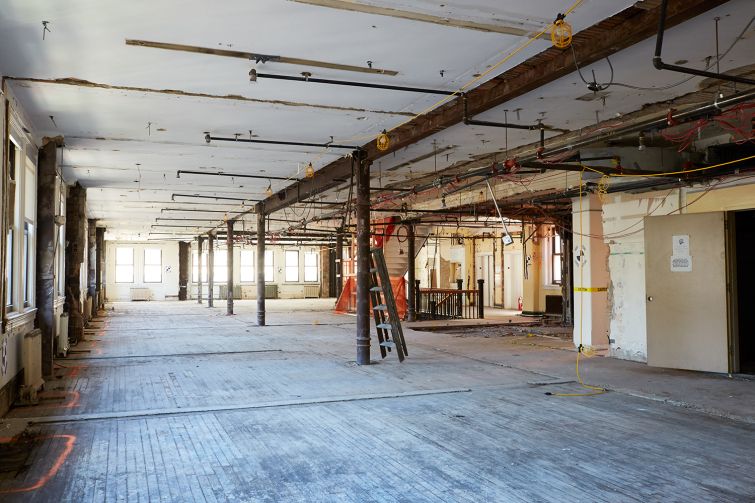 The wood floors and cast iron columns of office space in the building will give a look that many modern tenants crave. Photo: Yvonne Albinowski/For Commercial Observer Liam La Guerre 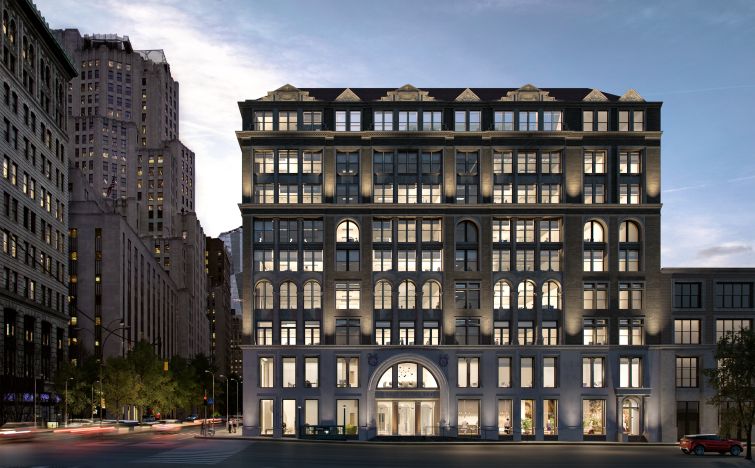 A rendering of the new façade of 287 Park Avenue South. Rendering: The Seventh Art Liam La Guerre
Previous Next

Over the course of its 125 years, the 121,059-square-foot Renaissance Revival-style property at 287 Park Avenue South was occupied and owned by the nonprofit United Charities (which oversees the Children’s Aid Society and Community Service Society of New York).

The organization certainly didn’t sell it for charity, though, when it collected $128 million from China-based CL Investment Group in August 2014.

CL Investment is “positioning it for the next 100 years,” Brooks Kendall Slocum, a studio manager at SGA, which is designing the renovation, told CO during a tour of the building. “It basically remained a charity’s building for its entire life. But you have to be ready for what modern offices need. We’ve kind of had to treat it as a new building with an old soul.”

Demolition for a gut renovation of the nine-story building has begun, and CM & Associates Construction Management workers have exposed cast iron columns and steel beams and knocked down dividing walls to maximize space.

On the exterior, the limestone and terra-cotta façade of the building will be restored; on the interior, building systems upgraded, ground-floor spaces renovated for retail and office spaces modernized on floors above. CL Investment hopes to complete the project in the summer of 2018. (The developer did not reveal the cost of the project.)

On the ground floor, off the East 22nd Street side of the property, exists a space with 28-foot ceiling heights, historic architecture and stained glass and a skylight. It was once an event space called Assembly Hall, and owners plan to keep the design intact and repair the room. Cushman & Wakefield is marketing that 6,523-square-foot space to restaurateurs and high-end retailers.

The building also features a 2,028-square-foot retail space on Park Avenue South (JLL is marketing that one), and mechanicals in the building’s cellar are being moved to a mezzanine space to allow for additional retail uses in the 7,552 square feet below grade.

SGA has designed a new, efficient core of staircases and elevators to expand the size of each floor plate to roughly 13,000 square feet. SGA will also revitalize the winding cast iron staircase that passes through the center of the building. (Parts of that staircase can be removed if the office spaces are rented to a mix of tenants.)

The offices, which will be marketed by Newmark Knight Frank, throughout the structure typically have 14-foot ceiling heights; SGA plans to replace the heaters and expose the terra-cotta brick walls and a skylight that runs 85-foot long, nearly the entire length of the floor plate that was covered up decades ago.

The real gem of the building is its top floor. Construction workers removed the dropped ceilings to uncover nearly 22-foot ceiling heights. It also has two mezzanine spaces on each wing of the floor with individual circular staircases.

CL Investment is also planning to remove a water tower from the roof to introduce something new to the building: a roof deck.

“We want to make it a nice space that you see when you look up from the skylight, and having roof space in New York City, I think, is just a nice feature,” said Derrick Metzler, a project manager at CL Investment. “I think it’s just finding the full potential of the building.”