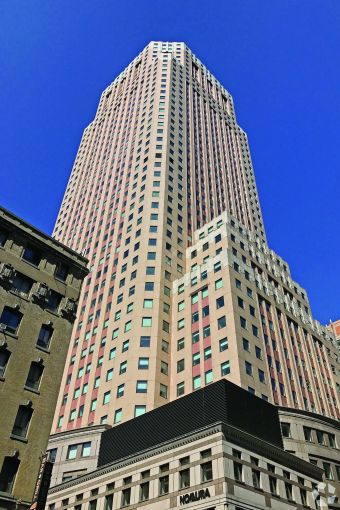 Although Midtown was nearly outshone last year by big leases on the Far West Side and Downtown, SL Green Realty Corp.’s Marc Holliday said that the Midtown leasing market is healthy and that concessions are declining.

“This will end up being quite a good year in the leasing market with concessions that have generally leveled off and rents that are firm and rising a touch,” Holliday said during the company’s second-quarter earnings call today. “In the second half of the year hopefully we can start to push those rents.”

Holliday noted that New York City’s employment numbers were strong in the second quarter, driving a sense of optimism and demand in the office market across Manhattan, particularly in Midtown.

“Midtown is a big part of the leasing story this year,” said Steven Durels, the company’s director of leasing. “It’s all really focused back to Midtown core. Grand Central, Park Avenue and Sixth Avenue have been the dominant beneficiaries. Grand Central has been 52 percent of the leasing activity [in Midtown] year to date. We’ve seen 2 million square feet of positive absorption in Midtown.” He explained that the firm has noticed, “continued strong demand for high-quality product, but it doesn’t feel like that rental rate has been increasing. To the extent that we see rent appreciation, I think it’s more on the lower end of the price point spectrum.”

SL Green’s recent investment sales highlights have included taking ownership of the leasehold interest at 2 Herald Square, selling its stake in 724 Fifth Avenue to its joint venture partner, Jeff Sutton, and selling the leasehold of an office condominium at 1745 Broadway for $633 million.

The landlord is also looking forward to upgrading the retail on the Ninth Avenue side of Worldwide Plaza, which has a main address of 825 Eighth Avenue, where it purchased a 48.7 percent stake with RXR Realty last fall.

Another piece of news that emerged from the call is that SL Green plans to redevelop the 1.1-million-square-foot One Madison Avenue when Credit Suisse vacates its 190,000-square-foot footprint there in 2020.