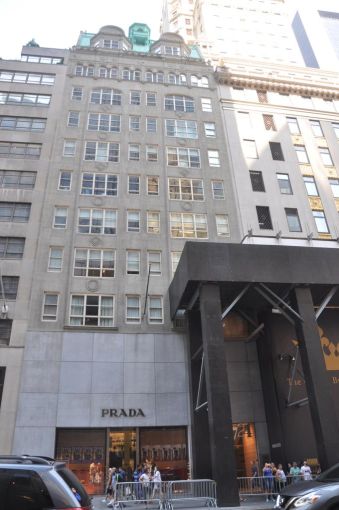 Sutton teamed up with SL Green to purchase the office and retail condominium building in 2012 for $223 million, public records show. The trio of companies acquired the building between West 56th and West 57th Streets from David Frankel Realty as part of an eight-building portfolio that traded for $416 million, according to The Real Deal. The 12-story commercial property at 724 Fifth Avenue was constructed in 1923 and designed by Severance & Van Alen Architects.

Sutton also co-owns the adjacent office and retail building at 720 Fifth Avenue with SL Green. The pair purchased the 15-story, 132,000-square-foot property on the corner of West 56th Street for $153 million in 2006, according to city records. Sutton will also pay back SL Green’s initial investment in the building and partially repay another loan, according to the release from SL Green. The city’s largest office landlord will net $85.5 million from the two transactions, per the announcement.

Sutton didn’t immediately respond to a request for comment, and an SL Green spokesman didn’t respond to further inquiries about the transactions.