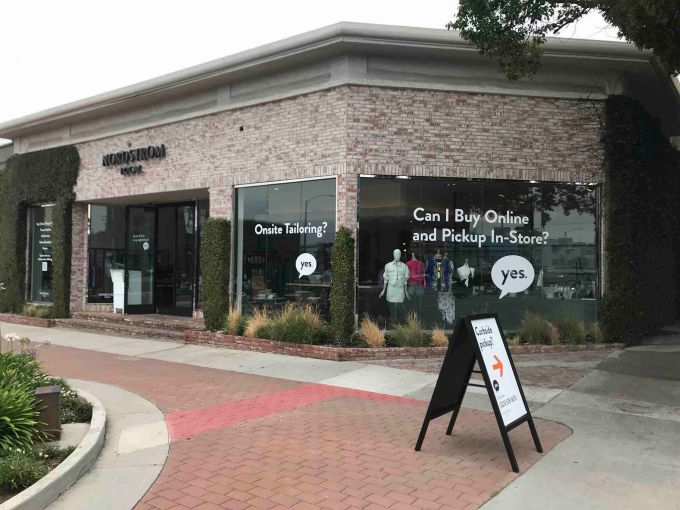 One of the inventory-free stores, that provide neighborhood retail services, will span 1,200 square feet at 214 26th Street in Brentwood, and the other will occupy 2,200 square feet in the BLOC at 700 South Flower Street in Downtown L.A.

Commercial Observer first reported about the Downtown Nordstrom Local in May when David Sheldon, the vice president of client engagement at architecture firm Studio One Eleven, talked about his firm doing shell and core work for The BLOC outpost.

The new service hubs will join the first highly successful Nordstrom Local test concept established by the company at 8401 Melrose Avenue in West Hollywood in October 2017. The retailer also is eyeing an expansion into the New York market, as Fast Company first reported.

The original Nordstrom Local, which is roughly 3,000 square feet, has a nail salon, a bar stocked with beer and wine, a seamstress and ample fitting rooms—however, you can’t buy any clothes there. As per the concept, you can have online orders shipped to Nordstrom Local for pickup, make returns and have your items altered, but the company’s goal is for the smaller spaces to be experiential and service-oriented and connect Nordstrom’s physical and digital capabilities seamlessly through its local market strategy, according to a release from Nordstrom.

“Nordstrom is continuing to invest in its growth strategy with the goal of increasing market share by providing customers with better and more convenient services and access to more products,” Ken Worzel, the president of Nordstrom.com and its chief digital officer, said in a statement.

The idea, Sheldon told CO at the International Council of Shopping Centers‘ RECon conference, is to “connect people to a place,” and provide a “higher” level of service.

“We think there are more ways to serve customers on their terms and we are looking forward to introducing Nordstrom Local to customers who live in these neighborhoods,” Shea Jensen, the senior vice president customer experiences, said in prepared remarks.

The retailer hasn’t revealed an address for a New York City store, CNBC reported, but is in the process of constructing its first full-line department store for women in the city. It just opened a men’s shop near The Shops at Columbus Circle earlier this year, as CO previously reported.