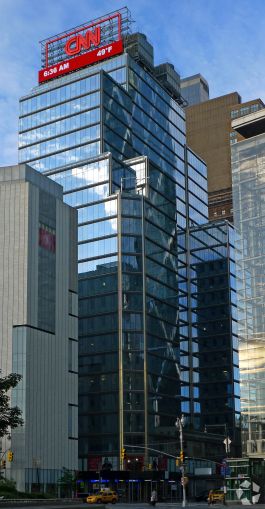 Nordstrom has inked a deal to open a massive men’s store at 3 Columbus Circle in anticipation of its much larger general store nearby on West 57th Street.

The Seattle-based department store signed a 43,000-square-foot retail lease at the full-block building between West 57th and West 58th Streets and Broadway and Eighth Avenue, according to a press release from SL Green Realty Corp., which owns 3 Columbus Circle with The Moinian Group.

Retail asking rents at the property have gone as high as $800 per square foot, according to Crain’s New York Business, which first reported news of the deal.

“We are thrilled that such a prestigious, world-class retailer will anchor 3 Columbus Circle at the corner of Broadway and 57th Street,” said Brett Herschenfeld, a managing director at SL Green, in prepared remarks. “New Yorkers have waited a long time to welcome Nordstrom, a retailer that flourishes throughout the United States and which will further solidify Midtown Manhattan as the destination for high-end retail shopping.”

Derek Trulson of JLL and Stephen Stephanou of Crown Retail Services represented Nordstrom in the deal, while Jeff Winick of Winick Realty Group represented the landlord. A JLL spokesman did not immediately return a request for comment.

Part of the deal is to move a Bank of America branch out of the location. SL Green executives said in the release that the relocation of the bank was part of a push to relocate tenants paying below market rents. Bank of America signed a 3,000-square-foot lease nearby at 250 West 57th Street between Broadway and Eighth Avenue, Crain’s reported.

Nordstrom is slated to open its first-ever New York City location at Gary Barnett’s Central Park Tower at 225 West 57th Street between Seventh Avenue and Broadway. The retailer owns the 400,000-square-foot commercial condominium at the base of the tower.