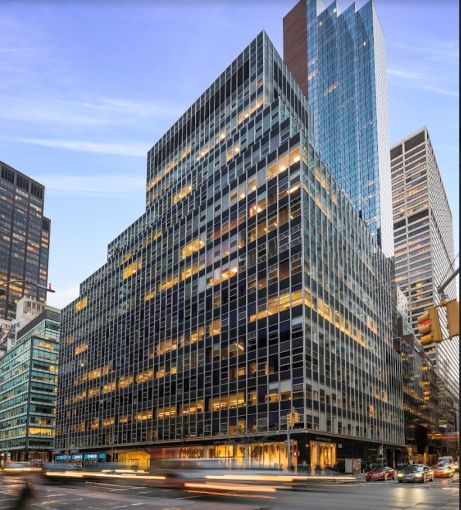 Investment management firm Hall Capital Partners is doubling its offices at 850 Third Avenue after inking a renewal and expansion that sees it grow its footprint at the Midtown East building to more than 27,000 square feet, Commercial Observer has learned.

Hall Capital signed a deal earlier this month to extend its lease on the entire 19th floor at 850 Third Avenue while also agreeing to take the entire 20th floor at the 21-story, 617,000-square-foot property between East 51st and East 52nd Streets, according to sources with knowledge of the transaction.

With each floor spanning roughly 13,700 square feet, the agreement will see the San Francisco-based firm take its total space at 850 Third Avenue to 27,566 square feet. Hall Capital’s new lease on both contiguous floors will run through 2031; the company signed a 10-year extension on its existing term on the 19th floor, which was due to expire at the end of 2021, and inked a new 12-and-a-half year deal for the 20th floor, sources said.

In order to free up the 20th floor for Hall Capital, the landlord arranged to move an existing tenant on the floor, law firm Cohen Goldstein, to a prebuilt space on the 16th floor. The investment advisory firm is expected to commence its buildout of its new space on the 20th floor this fall with an eye to taking occupancy of the space around the turn of the year.

MHP’s Simon told CO that Hall Capital “desperately needed more space” and was entertaining the possibility of leaving 850 Third Avenue, which it has occupied since 2012. But MHP was “able to make the necessary relocations” to free up the contiguous space on the 20th floor for the firm.

“We’re very pleased this prominent financial services tenant has given a new, long-term commitment to the building,” Simon added.

Representatives for CBRE confirmed the deal, but declined to comment.

And earlier this year, MHP announced that it had sold a 60 percent majority stake in its business to Miami-based real estate investment firm Banyan Street Capital.