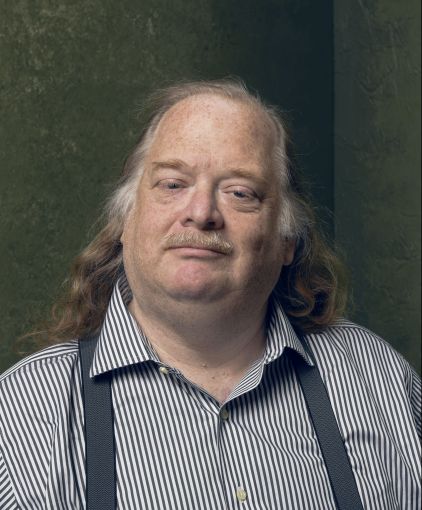 When iconic Los Angeles food writer Jonathan Gold passed away of pancreatic cancer at the age of 57 on July 21, the city lost one of its biggest champion. The Pulitzer Prize-winning food critic for LA Weekly and The Los Angeles Times transformed the type of food establishments deemed worthy of coverage, drawing foodies from all over the world to once overlooked hole-in-the-wall establishments in passed-over neighborhoods.

“He was everywhere, but a lot of areas that were more ethnic areas of L.A. He tore down that invisible wall that used to exist in L.A. for decades that people from, quote-unquote Westside wouldn’t venture to,” Justin Weiss, a vice president of brokerage for Kennedy Wilson, told Commercial Observer. “Neighborhoods that maybe even five or 10 years ago [weren’t on the radar], Jonathan Gold came in, found these hole-in-the-wall Korean barbecue spots that he thought were amazing but didn’t get much attention…[and he] helped change neighborhoods and helped bring economic development to those areas for good and bad.”

“Food is…the ultimate activator to an area,” Weiss said. “You look today at any up-and-coming urban neighborhood, it’s the restauranteurs and the bar owners who are the pioneers, and a critic like Gold validated that.”

The following are just a few of Gold’s many finds in Los Angeles that were elevated by his ever-curious eye and appetite for discovery. He helped champion these establishments, and in some cases, he saved them from extinction.

Meals by Genet and Hancock Park

Gold’s 2004 review for LA Weekly of Meals by Genet at 1053 South Fairfax Avenue brought attention not only to chef Genet Agonafer’s mind-blowing doro wot, which he wrote will make you “want to throw rocks at other people’s doro wot,” but increased interest in Fairfax’s Little Ethiopia strip in Hancock Park, a long city block lined on both sides by coffeehouses, food markets, and places to buy both Ethiopian knickknacks and CDs of Ethiopian pop music.

One of Gold’s more iconic reviews, “Moles La Tia: Beyond the Magnificent Seven,” may have sung the praises of the Oaxacan specialty from Moles La Tía at 4619 East Cesar E Chavez Avenue, but it also put the spotlight on the Eastside district, which Gold described as a kind of “Maravilla just past the 710.”

Jitlada, as Gold wrote in his 2007 review for LA Weekly, was one of the “most respected Thai restaurants in Los Angeles, the fanciest place in Thai Town since at least the late 1970s.” The restaurant fell out of favor by the 1990s, but after it was sold in 2006 to a new team, a Chicago blogger brought it to the attention other foodie bloggers and the place filled with Thais who read about its rejuvenation in local Thai-language newspapers. Gold’s revisit brought it to a wider audience who might not otherwise have noticed the unassuming space in a strip mall at 5233 ½ Sunset Boulevard or bothered to make the trek out to the six-block area in East Hollywood.

“The Korean Taco Justice League: Kogi Rolls into L.A.,” by Gold in 2009 brought chef Roy Choi and his crowd-drawing Korean taco truck Kogi BBQ to a much wider audience’s attention than the one following the truck’s Twitter feed. Gold continued to praise Choi, naming LocoL, the skater-themed fast-food spot established by Choi and Daniel Patterson in the underserved community of Watts at 1950 East 103rd Street, Restaurant of the Year for 2017. Choi’s restaurant location and Gold’s rave review gave those from outside the neighborhood another reason to visit Watts aside from the iconic Watts Towers.

Bestia and the Arts District

Gold’s review of Bestia and its “new, anti-California cuisine,”  in his 2013 Counter Intelligence column in the LA Times put the restaurant and the burgeoning Arts District on the map of foodies the city round. The restaurant at 2121 East 7th Place is still one of the hardest reservations to snag in L.A.

In one of his final reviews this past June, Gold wrote a glowing dispatch of the chef Ori Menashe and his wife and pastry chef Genevieve Gergis’ second venture, Middle Eastern themed Bavel in the Arts District. “A lot of the cuisine that [Gold] focused on that isn’t naturally be hailed,” Justin Weiss explained. But “a lot of those cuisines are becoming and will eventually transition into fine-dining options. Bavel is a Mediterranean restaurant with a price point that is the same as any of the more expensive spots in Los Angeles. Middle Eastern food wasn’t traditionally food that you would see in a more fine-dining atmosphere, but he did that.” 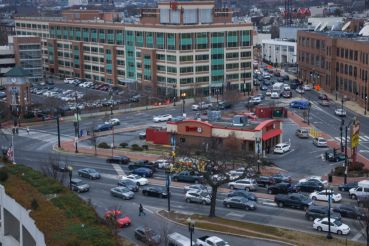