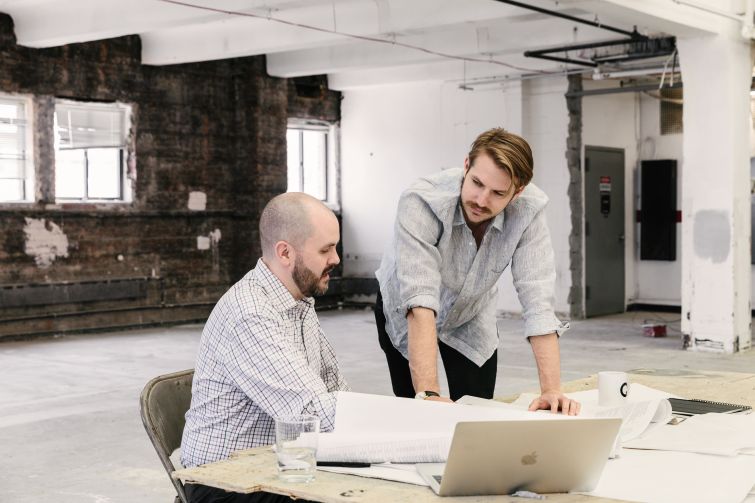 The deal sees NVS’ three-person team, led by Founder and CEO Jason Havens, join Soho-based Managed by Q as part of its new project management division. The transaction is meant to expand Managed by Q’s offerings from its existing tech-based platform of office services—including cleaning, maintenance, IT, security and administrative staffing—into NVS’ realm of office space planning, design and buildouts.

Dan Teran, Managed by Q’s co-founder and CEO, told Commercial Observer that the acquisition was motivated by his company’s “strategic priority” of enhancing its offerings to provide a more integrated platform of services to its office-using clientele—ranging from NVS’ specialty in managing the design and construction of workspaces to Managed by Q’s operations-focused office management business.

“Once [clients] design and build their space, they need to figure out how to operate it, and they’re now able to do that on Managed by Q’s platform,” Teran said.

Havens, who is assuming the role of senior director and the head of project management at Managed by Q, echoed that sentiment. “I think it [allows] more end-to-end solutions for our clients,” he told CO. “We get involved in the planning [of space] and project management where we hire the architects and engineers and contractors, [and] Q makes sure the space is set up with post-construction facilities management services.”

Teran and Havens declined to provide financial details on the acquisition.

Teran, who co-founded Managed by Q in 2014, and Havens, who founded NVS in 2011, said they got to know each other in recent years through their roles leading companies focused on the commercial office space sector. The two men found that their respective firms had a sizable overlap in clientele—Havens said “50 to 75 percent” of NVS’ clients had worked with Managed by Q—with both companies primarily serving businesses in the tech, advertising, media and information (TAMI) sector.

Both firms also had a national presence, with NVS consulting on projects across the country and Managed by Q now operating out of offices in New York, Chicago, San Francisco, Los Angeles and Boston. Among the office buildouts that NVS has consulted on include software firm Grovo’s 70,000-square-foot space at 50 West 23rd Street and mobile marketing firm Verve’s 21,500-square-foot offices at 79 Fifth Avenue.

Teran said he was “pretty impressed with the volume of projects [NVS was] managing” given the three-man consulting firm’s limited size. Havens and NVS’ two other full-time employees are now part of the roughly 175-person Managed by Q team, which was also bolstered last fall through the acquisition of Paris-based task management platform Hivy.

The experience of the Hivy deal informed Managed by Q’s thinking on the NVS deal, Teran said, noting that “acquisitions are something you have to build a muscle for, and I think we’re doing that as an organization.” He added that the company, which has raised more than $72 million to date via funding rounds, will continue to look for opportunities to further expand its business moving forward.

“I think you can definitely expect to see us be acquisitive in the future,” he said.