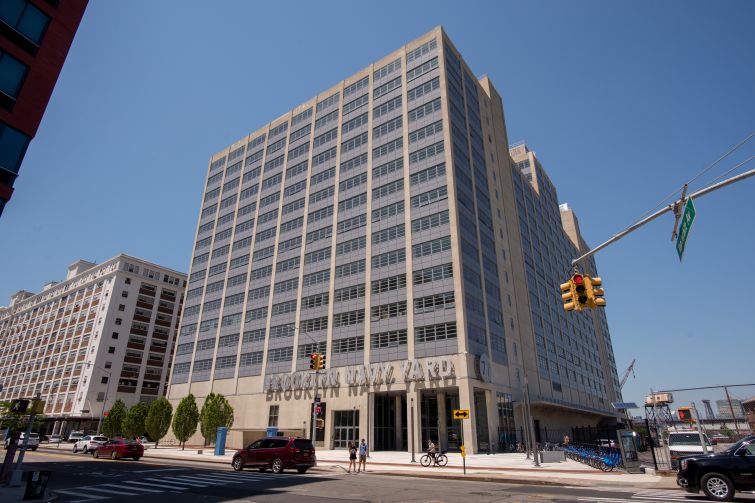 Fashion designer Nanette Lepore has moved a large part of her business from Manhattan to Brooklyn.

The company of the same name has relocated from the majority of its 10,000-square-foot space at 225 West 35th Street in the Garment District to 5,000 square feet of built-out space in the Brooklyn Navy Yard, as The Wall Street Journal reported, while retaining 1,100 square feet in the Garment District. Nanette Lepore made the move last Friday to the yard’s Building 77, as per a press release from the Brooklyn Navy Yard Development Corporation (BNYDC), a not-for-profit corporation that develops and developer and manages of the yard on behalf of its owner, the City of New York.

There were no brokers in the five-year deal that was signed on May 21, a BNYDC spokesman said, declining to provide the asking rent.

“I’m looking forward to being part of the creative energy in the Brooklyn Navy Yard,” Lepore said in prepared remarks. “It’s exhilarating to join such a diverse group of innovators, from fashion to art, food and film. I feel lucky to be a part of this new community. I will continue to work closely with all the suppliers and factories in Manhattan’s Garment District who have been an integral part in building my business through the years.”

According to the release, Lafayette 148 New York’s upcoming move from Soho to Building 77 inspired Lepore to consider a similar move.

The 1-million-square-foot Building 77 is undergoing the final stages of its $185 million renovation to an urban manufacturing hub. Building 77 tenants include film production company Casual Films, jewelry designer and manufacturer Catbird and fabrication and design studio SITU Studio. Fashion tenants at the yard include Abby Lichtman, Hip Hop Closet, Ilana Kohn and Justin Paul. As CO reported in February 2016, Russ & Daughters, a fourth-generation fish market and bakery based on the Lower East Side, has inked a deal to anchor the Brooklyn Navy Yard’s ground-floor food hall.