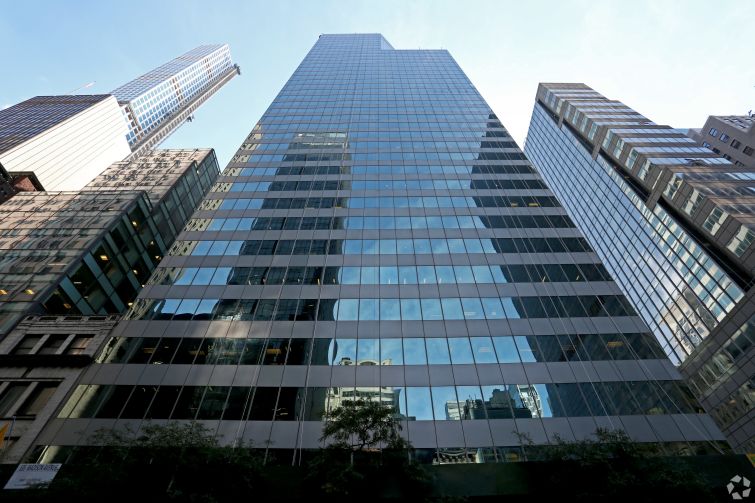 The lease, signed on June 1, is for 15 years. Further lease terms were not disclosed, but asking rents in the building range from $110 per square foot to $130 per square foot, according to a May CO article.

Newmark Knight Frank‘s Brian Goldman and Matt Lorberbaum represented the tenant in the deal and CBRE‘s Laurence Briody and Brian Gell worked on behalf of the landlord, Park Tower Group. A NKF spokeswoman declined to comment. Neither a CBRE spokeswoman nor a Bain representative replied with a comment.

The three biggest tenants in the building are financial institutions China Merchants Bank in 36,540 square feet, Monarch Alternative Capital in 29,478 square feet and Raymond James Financial in 27,884 square feet, according to CoStar Group.

CO reported in May 2017 that Park Tower Group was adding a luxury gym in a 7,000-square-foot lower-level space at the property, a space that at one point was used for the filing and storage of documents.