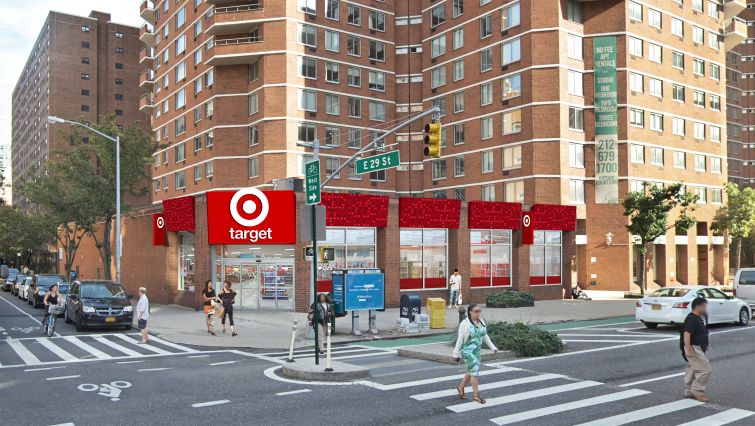 Target is taking over New York City with its small-format stores. The retail chain inked a deal for its eighth Manhattan store at the corner of East 29th Street and Second Avenue in Kips Bay, it announced in a press release.

The big-box store leased 21,000 square feet at the base of 520 Second Avenue, a 28-story rental building that’s part of the eight-building Kips Bay Court complex. The retailer didn’t disclose the terms of the deal. However, it did note that the store is expected to open in 2019.

“We’re all incredibly excited to have Target anchoring the retail at Kips Bay Court,” Braus said in a statement from a spokeswoman. “They will be a tremendous addition to the neighborhood and to the complex.”

Blackstone purchased the 900-unit Kips Bay Court complex for $620 million in December 2016, in a deal that became the largest multifamily purchase of that year.

Target currently has outposts in Harlem, Tribeca and Herald Square, and it’s opening stores at Essex Crossing the Lower East Side and at 500 East 14th Street in the East Village this summer. Two more stores are on track to open in Hell’s Kitchen and on the Upper East Side next year.

The discount retailer also inked deals last month at Forest Avenue Plaza on the North Shore of Staten Island and at 22-11 31st Street in Astoria, Queens, as Commercial Observer reported.