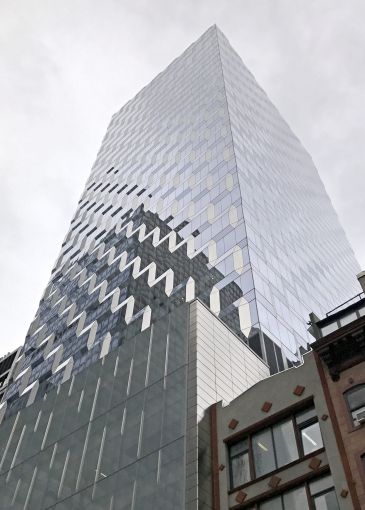 Hotel industry software provider TravelClick and investment management firm Millburn Ridgefield Corporation each signed 10-year deals earlier this month for new space at the 34-story, 348,000-square-foot building at 55 West 46th Street between Fifth Avenue and Avenue of the Americas, according to an SL Green release.

TravelClick, which currently has its corporate headquarters at 7 Times Square, will take the entire 22,518-square-foot 27th floor at the property, while Millburn Ridgefield, which keeps its New York City offices at 1270 Avenue of the Americas, will occupy the entire 22,523-square-foot 31st floor.

Asking rent in the deals were in the low to mid-$90s per square foot, according to sources with knowledge of the transactions. Both firms are expected to move into their new spaces before the end of this year.

“The Midtown market continues to see strong interest [from] companies looking for high-quality Class-A office space with easy access to public transportation,” Steven Durels, an executive vice president and director of leasing and real property at SL Green, said in a statement. Durels added that Tower 46 has seen “strong leasing velocity” as tenants continue to be drawn to new or recently constructed office buildings.

Tower 46, which was completed in 2013, features column-free floors and floor-to-ceiling windows, as well as amenities like a tenant-only fitness center and in-building parking. Other tenants at the property are law firm Nixon Peabody, telecommunications giant Comcast and insurance underwriter Ascot Underwriting.