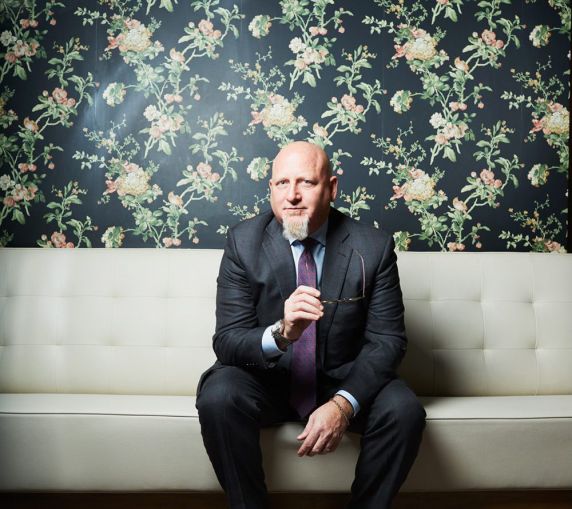 Restaurant specialist Spencer H. Levy has left RKF, the brokerage where he spent his entire real estate career, to become a senior vice president at CBRE, Commercial Observer has learned.

The RKF senior managing director started at CBRE’s headquarters at 200 Park Avenue yesterday, and intends to build his own team there.

With rumors of a company acquisition swirling at RKF, Levy thought it was a good time for a change.

“I don’t think I wanted to leave,” Levy told CO. “With the change that was being thrust upon RKF at the time it opened up opportunity to investigate other things to see what was out there.” He added: “Maybe it was an impetus for me to potentially look at other opportunities whereas I would not have if they were not going through the process. It really was opportunistic.”

As CO reported earlier this week, Newmark Group announced that it will be acquiring RKF.

Levy was drawn to CBRE in particular as the company has a “retail vertical now.” That has been cemented with the creation of a new position of northeast division retail managing director and the promotion of Ellen Rudin to the post.

After a career in the restaurant business (including opening his own eatery, Spencer, in 1999 at 119 East 18th Street), Levy landed a job with Robert Futterman, the founder, chairman and CEO of RKF, on Jan. 12, 2004. The duo met randomly at the friends and family preview of a restaurant in Greenwich, Conn., as CO previously reported Levy took Futterman’s business card, and when a friend was looking for space, Levy knew who to call. Levy said that the RKF head couldn’t believe he was helping his friend for free and yelled to someone to bring in a contract. That was the start of Levy’s career in real estate.

Levy brought upscale Italian restaurant Sant Ambroeus and Momofuku chef and restaurateur David Chang’s fast-casual fried chicken chain Fuku to Brookfield Place at 230 Vesey Street. He did the deal for luxury luggage and handbag retailer Vera Bradley’s flagship store at 411 West Broadway in Soho, which opened in late August 2016. And he found chef Gabriel Kreuther the space for his eponymous restaurant, which opened at 41 West 42nd Street in the Grace Building in June 2015.

Futterman and his representatives did not respond to a request for comment.