ICSC Tweetstorm: What We Saw, Photographed and Tweeted in Vegas 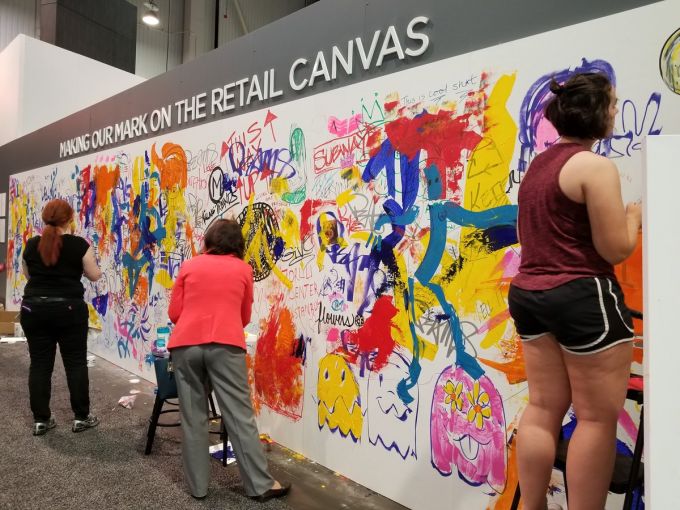 In addition to breaking news about J.Crew opening at Empire Stores, a pharmacy-in-a-box making a play for the Empire State, reporting on the panels, the trends and hosting CO’s very own shindig, they’ve been tweeting up a storm.

Among the gems we’ve gotten so far:

We saw what it was like to try a “nitro puff”:

We learned that Vegas is for lovers.

Christopher DeCrosta of #goodspacenyc met his wife @AcadiaRealty's Luciana Francese at @ICSC 6 years ago over a dinner at #costadimare and they just had their second kid. #ICSCRECON

We caught some swimsuit action…

We think we saw Joe Moinian(or his doppelgänger?) at the hotel gym here in Vegas #ICSCRECon

We heard various nuggets of wisdom:

An architect from random USA told us in the elevator at @WynnLasVegas that the real estate story of the year is #technology and its impact. #ICSCRECon

And there were many, many of the arms-around-the-shoulder photos.