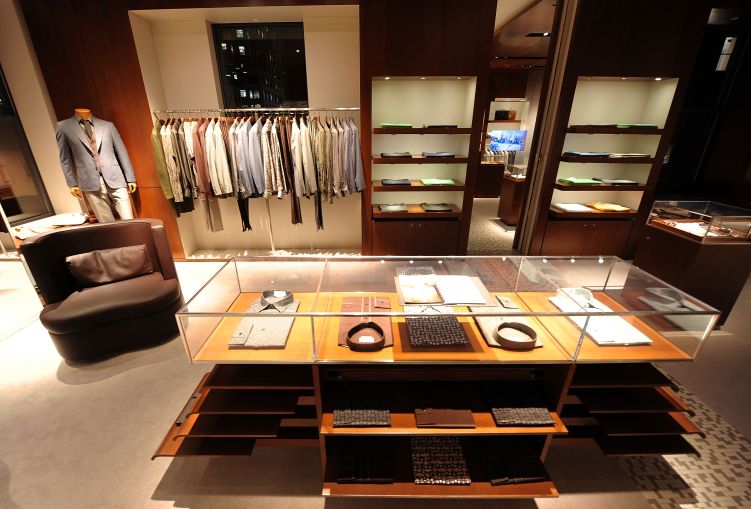 Hermès will be veering away from its typical formal presentation that is evident on Madison Avenue. Photo: Dimitrios Kambouris/Getty Images for Hermes

In January 2017, the Birkin bag maker leased 10,000 square feet over three stories (two for selling and a lower level for offices and back stock) at 46-48 Gansevoort Street between Ninth Avenue and Washington Street. The lease includes a roughly 3,000-square-foot rooftop terrace for what Chavez called “special moments or events.”

The transaction is for 10 years, according to Jared Epstein, a vice president at Aurora Capital Associates, the property’s landlord, with an annual rent of approximately $2 million.

As Women’s Wear Daily reported last year, Hermès is taking a different approach with the Meatpacking outpost, providing a more casual vibe in order to target the area’s younger demographic. Indeed, the store will have a “more relaxed assortment,” Chavez told CO, with an emphasis on footwear, enamel bracelets and accessories.

In addition, there will be an informal café of less than 200 square feet where customers will be able to enjoy complimentary coffee, water or champagne while charging their electronic device.

On a panel yesterday afternoon, “Evolution of a Neighborhood: Meatpacking’s Commercial Emergence,” hosted by Aurora, Chavez described the new outpost: “The store will be different. It’s going to have a much more casual approach, not so formal like [the flagship at 691] Madison Avenue, for example. [There will be] different types of seating, different types of presentation, not the formal sit-down area, for example, in the jewelry department, more bar-height tables, bar stools, giving the people the feeling of wanting to linger a little bit longer.”

On the panel he noted: “Meatpacking for us has what we call that magical triangle, which is you have residential people that are going to come from both the Village and Chelsea neighborhoods; you have business people now in the neighborhood and then you add in a very strong tourist element. And that’s really the best formula for any retailer that you can possibly imagine.”

Will Silverman, the group head of investment sales in Hodges Ward Elliott‘s New York office, said Hermès is accomplishing two things with its Meatpacking store: “wrapping themselves in the Meatpacking District’s coolness.” And, with the focus on the lower-priced items like the enamel bracelets that start at $430, “they’re doing what Starbucks is doing—selling something that is very expensive on a relative basis but small on an absolute basis.”

Meatpacking District’s advantage, Silverman said, is that it’s the “most famous neighborhood of that small a size in New York City. It’s like Israel or Cuba—one of these places that gets a lot of attention that’s disproportionate to its size.”

He pointed to the presence of Google, the High Line, the Whitney Museum of American Art, Chelsea Market and Starbucks’ 20,000-square-foot roasting plant coming to 61 Ninth Avenue as examples of the neighborhood’s high concentration of high-profile tenants.

For Hermès, there are no plans for another New York City store in the near future.

“We think three stores in Manhattan is enough for 10 years,” Chavez said. (The other store in Gotham is at 15 Broad Street in the Financial District.)

The Meatpacking store is slated to open next April or May, a date to be determined when the construction schedule is finalized.

No one from RDAI responded to a request for comment.