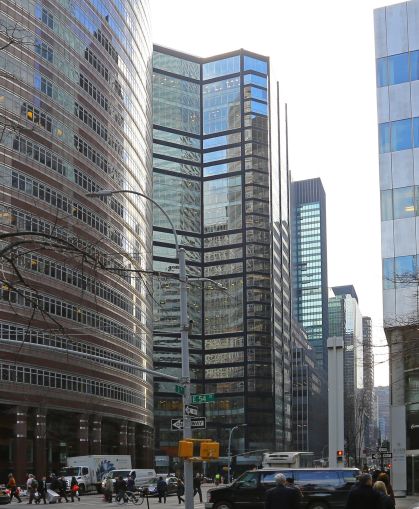 DWS signed a 15-year deal for its space at the 29-story, roughly 700,000-square-foot office building at the southeast corner of East 53rd Street, The Real Deal reported yesterday. The company, formerly known as Deutsche Asset Management, will be relocating two blocks east from its current location at Rudin Management Company’s 345 Park Avenue.

Asking rent in the deal at 875 Third Avenue was $82 per square foot, the publication reported. Ken Siegel and Peter Riguardi of JLL represented DWS in the transaction, while a JLL team of Paul Glickman, Diana Biasotti and Harley Dalton handle leasing at the property on behalf of landlord Global Holdings Management Group. A spokesman for JLL did not immediately return a request for comment.

The Deutsche Bank arm will be taking space previously occupied by law firm Hogan Lovells, which will move later this year to its new 207,000-square-foot digs at L&L Holding Company’s 390 Madison Avenue.

DWS, which manages roughly $850 billion in assets, raised around $1.7 billion through an initial public offering on the Frankfurt Stock Exchange earlier this year. Deutsche Bank sold off 22.5 percent of the formerly wholly owned subsidiary via the IPO.