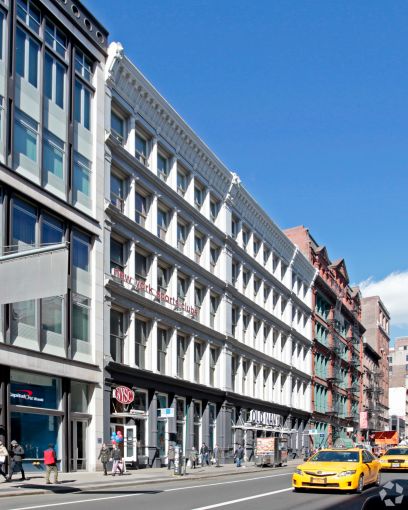 Modern luggage brand Away has signed a lease for 56,000 square feet at HSRC Corp.’s 82 Mercer Street between Broome and Spring Streets in Soho. The deal is for 10 years, according to information provided to Commercial Observer by a Newmark Knight Frank spokeswoman, and the asking rent was $79 per square foot.

The deal is for office space, according to The Real Deal, which first reported news of the lease.

NKF’s David Falk, Eric Cagner, Jon Franzel and Alex Leopold represented HSCR Corp., which owns the five-story 130,00-square-foot office condominium, in the deal. Sinvin Real Estate’s Christopher Owles and Matthew Girard represented the tenant. (Inditex owns the 47,000-square-foot retail condo at the site.) When asked for a comment, Owles and Girard forwarded the request to an Away spokeswoman, who would only confirm it is a headquarters move.

The Away deal brings the office portion of the building to 100 percent occupied; there remains a 10,000-square-foot retail space available.

Correction: This item originally had the wrong address of Away’s previous location and mistakenly reported that they were also opening up a showroom.