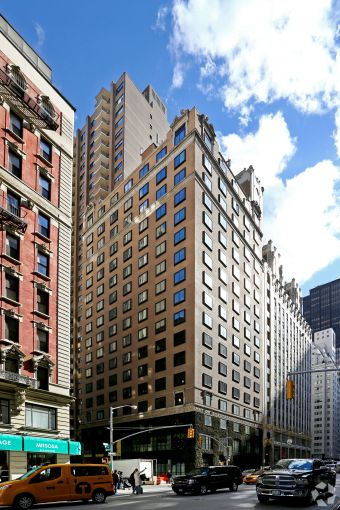 Starwood Capital has scored a $162.5 million refinance for its 1 Hotel Central Park at 1414 Avenue of the Americas, property records show.

United Overseas Bank provided the debt, which replaces and consolidates a previous loan in the amount of $125 million on the property—also provided by the Singapore-based lender—with an additional $37.5 million in debt. It marks Starwood’s second refinance of the property’s debt since acquiring it in 2011 for $72 million.

The 229-room hotel, on the corner of Avenue of the Americas and West 58th Street, opened in August 2015 as one of the first outposts of a brand masterminded by Starwood CEO Barry Sternlicht. Emphasizing environmentalism, the lodging features reused construction materials, hemp-blend mattresses, and 24,000 living plants. A restaurant led by chef Jonathan Waxman, Jams, occupies part of the ground floor of the 18-story, 110.000-square-foot building.

Rooms with a single queen-size bed were available for $519 over Memorial Day weekend from the hotel’s website. The brand has another New York City outpost located within Brooklyn Bridge Park along the Brooklyn bank of the East River, and a third property in Miami Beach, Fla.