A hearty 'willkommen' to the newcomers to the Power 100 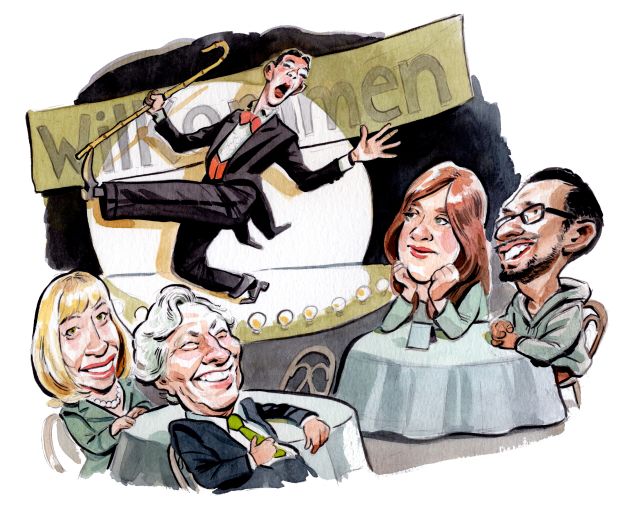 Admission to the Power 100 list usually involves doing something big—something that causes the writers and editors at Commercial Observer to do the proverbial double take. Like, say, a $2.4 billion purchase in Chelsea.

Sundar Pichai, the CEO of Google, you are hereby an important (a very important) player in New York real estate. Welcome to the list.

Some of the newbies should have been on our list a long time ago. In 2016, Cushman & Wakefield’s Joanne Podell scored one of the greatest deals in New York City leasing history when she secured Nike as a tenant for 650 Fifth Avenue in a staggering $700 million transaction. Somehow, we missed her last year (even though she wound up taking home an award for the deal at CO’s Power Gala last June). This year she takes her rightful place.

There was a time when one of the most ambitious developments in all of New York City was named Atlantic Yards, it was being helmed by Bruce Ratner of Forest City Ratner and had a master plan that had been drawn up by the great Frank Gehry. But the figures surrounding the real estate have changed. The project now goes by the name Pacific Park, Ratner has retired, the Gehry plan was ditched and the main owner is the Chinese-based company Greenland USA. Welcome to the list, Greenland USA head Hu Gang.

The same goes for public servants at the Port Authority of New York & New Jersey (Rick Cotton) whose position on the list had been occupied by his predecessors (Patrick Foye and John Degnan) or Marisa Lago, the director of the Department of City Planning.

Brooklyn saw a lot of newbies this year. Not much is publicly known about Yoel Goldman, the founder of All Year Management, but this mysterious figure has in a short amount of time put up hundreds of millions of dollars worth of real estate in Kings County. The same could be said of Simon Dushinsky and Isaac Rabinowitz, the co-founders of the Rabsky Group. But at least one Brooklyn developer new to the list—Toby Moskovitz—accepted our welcoming with an interview.

Meredith Marshall and Geoff Flournoy of BRP Companies are attempting a 773,000-square-foot project in Queens—The Crossing at Jamaica Station—that could well reshape Jamaica, earning them a spot.

Not every name labeled “New” is, strictly speaking, new. There are a few people who dropped off our radar and returned, like Sam Chang of the McSam Group. And Robert Lapidus and David Levinson of L&L Holding could arguably get a second spot since they’re sharing one with MaryAnne Gilmartin as part of their new venture, L&L MAG, but we decided not to complicate things.

By the same token, not everybody new to the list gets a “New” ranking, either. Ken Caplan and Kathleen McCarthy were never on the list before, but by essentially taking Jonathan Gray’s place as head of real estate, they get lumped together with the new president and COO of Blackstone.

But to our entire freshman class we say: Willkommen! Bienvenue! Welcome!