Passing on the Left

Who's up and who's down on this year's Power 100? Here's one hint: Cynthia Nixon is not helping Andrew Cuomo's standing 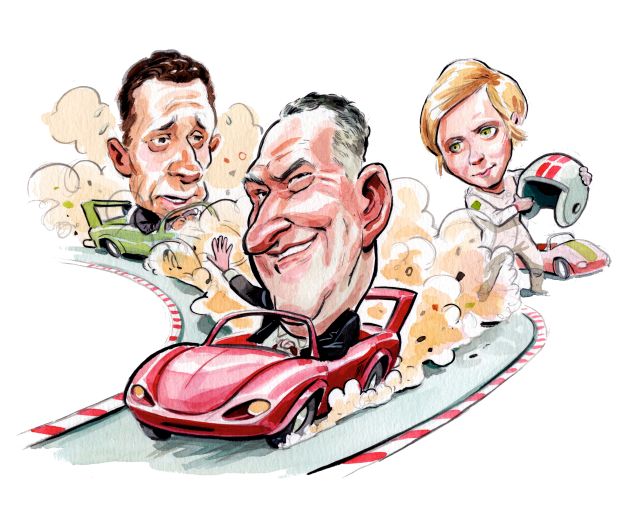 We’re not going to pretend like a lot of people on Power 100 don’t have an eye toward where their rivals land and why.

Last year, Commercial Observer was pretty convinced that Gov. Andrew Cuomo had bested Mayor Bill de Blasio in their seemingly endless war against each other. Cuomo was Mr. Infrastructure. De Blasio was swatting away corruption investigations. Cuomo got the No. 9 spot—de Blasio No. 35.

Things look different this year. Fending off challenges on his left and finding presidential resistance on one of his most cherished infrastructure projects, Cuomo looks less dominant. De Blasio, who has delved into the nitty-gritty of the city’s housing needs with energy rarely seen at City Hall, looks like the face of the future. This year de Blasio got the No. 12 spot; Cuomo went to No. 27.

There were some big jumps in this year’s list. Joseph Moinian’s Moinian Group is playing with the Relateds and Brookfields of this city in his Far West Side projects. He needed to jump up significantly from last year’s spot in the 60s. Welcome to the 40s, Joe.

There were other important moves. WeWork, which we were more skeptical of last year, had the biggest jump from No. 69 to No. 14. After a blockbuster year, JLL’s Peter Riguardi moved from the 33rd to the 23rd spot. There were a number of others.

The jumps and the drops are usually modest. If you were No. 57 last year, it’s not necessarily cause to break out the champagne if you wind up No. 56 this year, as was the case with Paramount’s Albert Behler.

But we’ll let the entries speak for themselves.