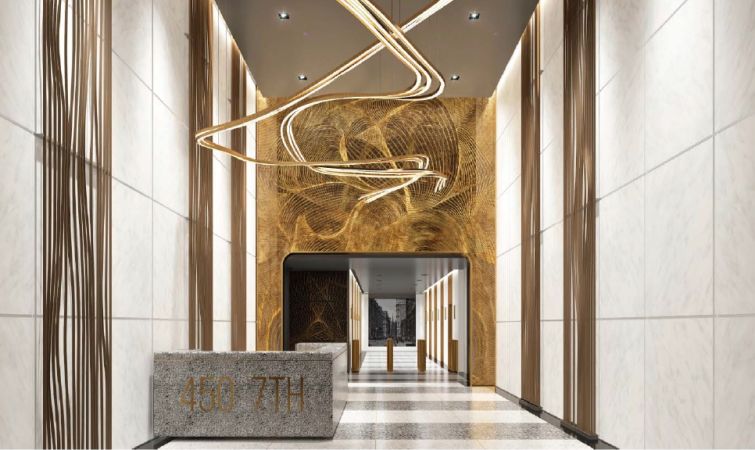 Morningside Translations has signed an early lease extension with Kaufman Organization in exchange for what Savills Studley called a “significant upgrade” to the company’s offices at 450 Seventh Avenue.

The language service provider, which has occupied 11,662 square feet on the entire 10th floor at the building between West 34th and West 35th Streets since 2010, has negotiated an extension for three years, as per information from Savills Studley and the landlord’s brokers. The asking rent was $62 per square foot, according to Sam Stein, who along with Yvonne Chang, represented the landlord in-house.

With the 46-story building undergoing a $15 million renovation (to be completed in the middle of this year) Savills Studley’s Gabe Marans, who represented Morningside in the transaction, “saw an opportunity to improve the company’s space” a couple of years before lease expiration in 2020.

“In a win-win agreement with the landlord, we extended Morningside’s lease for another few years and secured a significant tenant improvement allowance to upgrade the company’s space,” Marans said in prepared remarks. He added: “As Morningside continues to grow and thrive, an improved office gives the company a stronger tool to attract and retain talent for years to come.”

Stein wouldn’t disclose the amount of TI, but confirmed the landlord will be renovating Morningside’s space.