Restaurants eat up largest share of retail deals in the borough 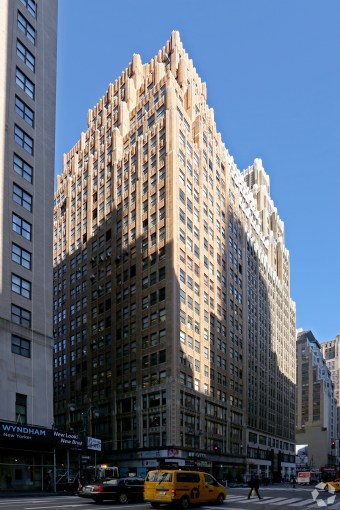 Retail rents are falling hard in Manhattan, according to CBRE’s first-quarter 2018 retail report, and they may keep dropping.

The average asking rent for available retail space dropped to $653 per square foot from $811 a square foot a year prior, representing a 19.5 percent decline, the report indicates. And first-quarter 2018’s rents are far lower than the $883 per square foot in 2016’s first quarter.

As the retail industry has suffered with the advent of e-commerce, retailers have found it hard to pay the old asking rents and landlords are responding by adjusting their asking rents, Nicole LaRusso, a director of research and analysis at CBRE, told Commercial Observer.

“Between 2010 and 2014, Manhattan average [retail] asking rents doubled and there is certainly no justification for why,” LaRusso said. “The amount of [in-store] retail sales did not double over that four-year period, but rents did. I think it was inevitable that those prices would come down. Just how far down is to be determined.”

As per the report, the largest restaurant deal for the quarter was Irish bar and restaurant Taylor’s Inn, which took 12,700 square feet at 505 Eighth Avenue, as CO previously reported. That was followed by Mediterranean eatery Pergola’s 9,900-square-foot deal at 116 East 16th Street. And then there was Korean barbecue joint Samwon Garden’s 8,950-square-foot transaction at 37 West 32nd Street, as CO reported.

“You can’t eat online. That’s a big part of it,” LaRusso said. “That’s a sector that isn’t as affected by the rise of e-commerce. I think things where people need to be in the space to accomplish their goal, those are [the retailers] that are doing fine.”

After restaurants—in terms of collective square footage—next up is financial services (81,150 square feet in 11 transactions) and apparel (80,717 square feet in 20 deals). But LaRusso said to not count out apparel or accessories stores, which took 25,806 square feet in seven deals over the quarter.

Thanks to the downturn in the retail sector, landlords are allowing more pop-ups and are executing shorter-term leases. This shift in mentality is allowing retailers to test new concepts and ascertain if the rents can justify the sales volume before signing on for a longer time.

“Landlords are recognizing that if they don’t get flexible, they won’t lease their spaces,” LaRusso said. “They were very reluctant to do that 12 months ago.”