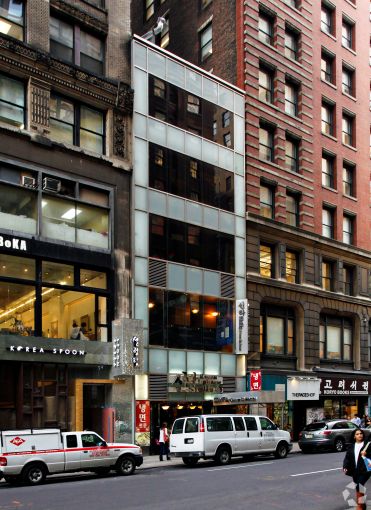 A barbecue restaurant brand based in South Korea is heading to Manhattan’s Koreatown with a 10,000-square-foot space at 37 West 32nd Street for its first American location, The New York Post reported.

Sam Won Garden Artisanal Korean Barbecue has taken a multi-story space at the building between Fifth Avenue and Broadway, the Post noted, and it will have 175 seats upon opening later this month. The lease is for 13 years and the asking rent was $85,000 per month, PD Properties’ Elad Dror, who along with Tony Park negotiated the deal for the tenant and the landlord, told Commercial Observer.

The eatery—which will open in space previously occupied by Shilla BBQ—will open at the end of this month in the basement, and on the first and second floors as well as the mezzanine, he said.

“Sam Won Garden has been looking for a space in New York City for two years,” Dror emailed CO. “They had to be in K-Town and needed the right amount of space, proper layout and right location on 32nd Street and it took us this long to find them the right space. They want to expand their brand into the United States. This is their first and only location in the U.S., and will be the gateway for future expansion into 38 states.”

The Post referred to it as “the premier brand of South Korea’s largest and oldest restaurant company, famed for table-top barbecue cooking.”

Update: This story has been edited to include information from the broker.