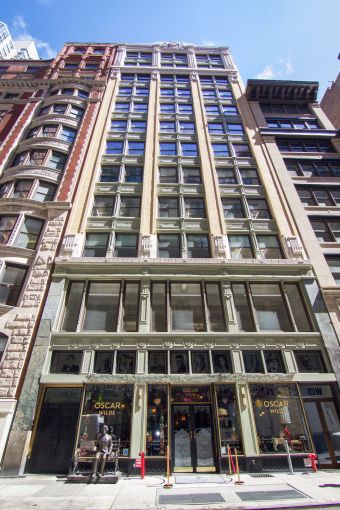 Trialspark, a health care technology firm, has signed a 5,702-square-foot lease at Kaufman Organization’s 45 West 27th Street to double its footprint in the building less than a year after moving in, Commercial Observer has learned.

The company will take the entire ninth floor of the 12-story building, according to information provided by the landlord. Trialspark, which provides digital recruitment services for medical institutions that require patients for clinical studies of new drugs, already occupies the entire 5,702-square-foot fourth floor of the property, as CO previously reported.

The landlord’s spokesman declined to disclose the length of the lease, but said the asking rent was in the mid-$60s per square foot. (Its initially lease was a five-year deal, as CO reported.) Trialspark is expected to move into the additional space in June.

“[45 West 27th Street] is a modern, tech-friendly building that offers a progressive design-build program, allowing tenants the flexibility to expand their businesses,” Michael Heaner, a partner at Kaufman, said in prepared remarks.

Heaner represented the landlord in-house alongside colleagues Grant Greenspan and Elliot Warren, while Elie Reiss of Skylight Leasing handled the deal for the tenant. Reiss did not immediately return a request for comment.