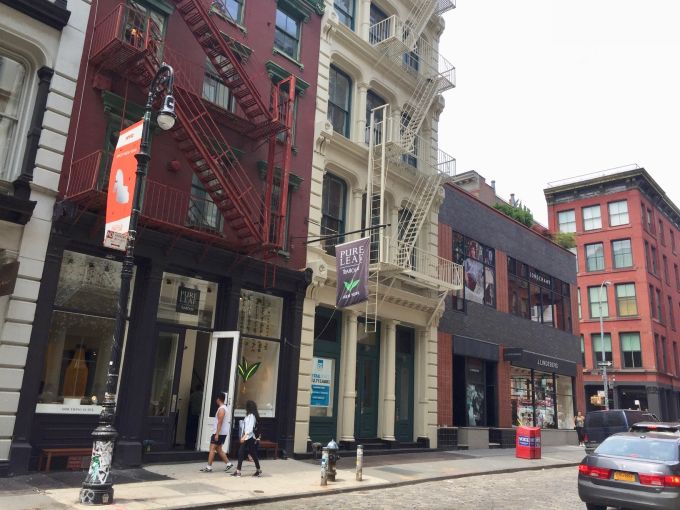 Anine Bing, the clothing label name after the model, blogger and singer of the same name, has taken space at 81 Greene Street in Soho, Commercial Observer has learned.

“Anine Bing chose the heart of Greene Street for their next New York store, because it has become home to the best names in the elevated contemporary space,” Matthew Seigel of Thor Retail Advisors, who along with Rachel Edmunds represented the tenant in the deal, said in prepared remarks. “Anine has built a successful fashion business by leveraging social media channels, and this commitment to a Soho store further evidences the importance of an in-store experience even for the next generation of retailers as they build out their omnichannel strategies.”

The designer will be moving into 4,000 square feet (2,000 square feet on the ground floor for selling and 1,500 square feet in the basement for storage) this month. The asking rent in the five-story co-op building (containing seven residential units) at the corner of Spring Street was $250 per square foot, Siegel said. The deal is for 10 years, according to Cushman & Wakefield‘s Andrew Kahn, who along with Christian Stanton represented the landlord, a private investor.

The store should open within a few months.

Like Seigel, Kahn said that Soho isn’t faring terribly despite headlines to the contrary.

“With all of the negative news on the Soho market,” Kahn said, “it’s important to remember some of the successful retail stores are located in the core area of this district. If you go down there, pedestrian traffic looks as high as it’s ever been. It seems if you have the right brand for the market it’s a market that can be incredible.”

Launched in 2012 with headquarters in downtown Los Angeles, Anine Bing has flagship stores at 330 Bleecker Street in the West Village as well as in Los Angeles, Belgium, Paris, London, Barcelona, Madrid and Berlin.