Who Is the New Retail Investment Team at Savills Studley in LA? 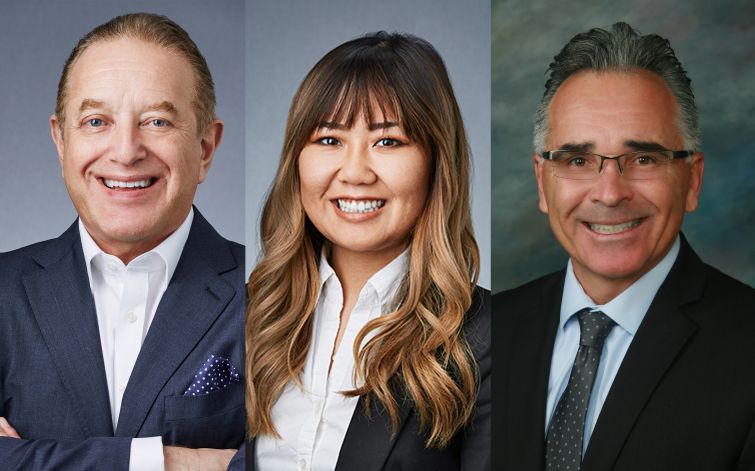 Savills Studley has replaced five members of its capital markets group in Los Angeles, as Commercial Observer reported yesterday, and today the firm has released details about the new team members exclusively to Commercial Observer.

Based in downtown Los Angeles at 777 South Figueroa Street, the team—which has an expertise in triple-net lease solutions—has been tapped to provide investment advisory services to a diverse client base, according to information provided by the global commercial real estate services firm.

Maurice Nieman, a recognized expert in net-leased properties, was brought on as an executive managing director. He, along with Carlos Diaz, a managing director, and Alexis Abad, a client services coordinator, came to the company from CBRE. Nieman and his team specialize in the sale, purchase and recapitalization of single- and multi-tenanted retail, office and industrial properties throughout the United States.

Nieman has more than 30 years, 12 of which as a real estate broker, the remaining years as a principal and marketing executive. Since 2007, he has brokered the sale of hundreds of properties nationwide including net-leasing retail, industrial medical and office assets totaling more than $1 billion. Past deals include Orchard Supply Hardware in Tustin, California, for $19 million, a Walgreens portfolio valued at $32 million and a Builders FirstSource portfolio at $35 million. All three former CBRE agents started at Savills Studley in November 2017.

Shawn Bakke, a national expert in single-tenant and retail net-lease solutions, joined the group as a senior managing director. He and Emily Mitchell, a client coordinator, hailed from Colliers International.

The new team replaces the former national retail services group, headed by Bill Bauman, who left the firm in late January for Newmark Knight Frank, taking his four-member team with him.

“As we actively expand our capital markets practice, we are pleased to welcome this very accomplished group to the company,” Savills Studley’s regional manager, Mark Sullivan, said in prepared remarks. “All bring to the firm profound industry knowledge, extensive relationships and a depth of transaction expertise that will significantly enhance our success in this arena.”

It’s been a time of change for Savills. As CO reported earlier this week, John Pantazis, facing retirement in the next few months, stepped down from his COO post at the firm and has become an executive vice president and director as the firm transitions to a new COO. Michell Steir, the chairman and CEO of Savills Studley, said former CFO Al Petrillo has become the COO. No new CFO has been named, but Vic Russo, who was the senior vice president of finance under Petrillo, has assumed his former boss’ duties.