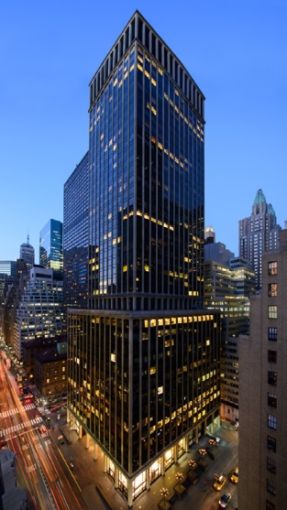 Wells Fargo has renewed its lease for its long-time flagship location at 437 Madison Avenue, Commercial Observer can first report.

The bank signed a five-year renewal for its 7,206-square-foot space at the William Kaufman Organization building, which spans the blockfront between East 49th and East 50th Streets. The lease includes 4,328 square feet of retail space on the ground floor and 2,878 square feet for offices on the lower level. The asking rent was $500 per square foot for the ground-floor space, a WKO press release indicates.

Michael Lenchner of Sage Realty Corporation, the leasing and management division of WKO, represented the landlord in the deal. In a prepared statement, Lenchner touted the building’s “visibility, high foot traffic and the convenience of being in close proximity to Rockefeller Center and Grand Central Terminal.” CBRE’s Annette Healey represented Wells Fargo. A CBRE spokeswoman said the broker declined to comment.

In 2016, Sage Realty completed a $60 million building-wide redevelopment of the property, which includes a redesigned lobby and arcade area, a new plaza, renovated elevators, upgraded building systems and a 15th-floor “sky lounge” with outdoor conference rooms and sunrise yoga classes.

WKO owns the building with Travelers Companies (the former developed the property and Travelers has been a partner since 1994). Tenants include Mitchell Silberberg & Knupp, which signed a lease for more than 18,500 square feet last month, as well as Citizens Bank, Omnicom Group, Medallion Financial, Kekst and Company and Carnegie Corporation of New York.