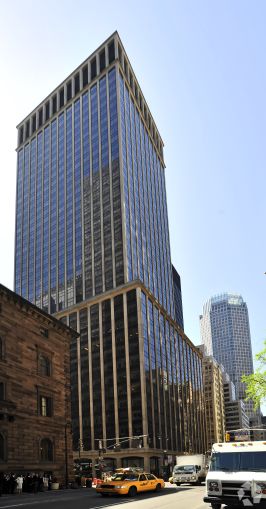 Mitchell Silberberg & Knupp, a Los Angeles-based law firm, has signed an 18,650-square-foot deal at William Kaufman Organization’s 437 Madison Avenue to relocate its offices, according to the landlord.

The firm is mostly known for its ties to the entertainment industry and includes areas of focus such as digital media, intellectual property, corporate law and immigration, according to its website and is currently located nearby at 12 East 49th Street (also known as Tower 49) between Fifth and Madison Avenues. Mitchell Silberberg will move in August; the length of the deal is for 15 years, and asking rents in the building range between $82 per square foot and $110 per square foot.

The deal highlights “the special position that our property is in and reflects the ongoing resurgence of Midtown East,” Michael Lenchner, a vice president at Sage Realty Corporation—the leasing and management division of William Kaufman—said in prepared remarks.

Lenchner worked on the transaction for the landlord in-house alongside JLL’s Frank Doyle, David Kleiner, Cynthia Wasserberger, Hayley Shoener and Harlan Webster. Ken Rapp and Jared Freede of CBRE, who handled the deal for Mitchell Silberberg, did not immediately return a request seeking comment.

The New York Post first reported news of the transaction.