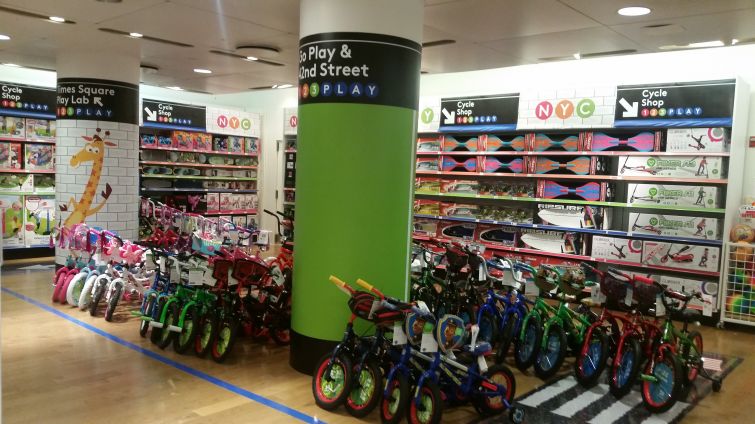 Toy store chain Toys “R” Us filed for bankruptcy protection last September, and it has been downhill ever since. Today, the company informed 33,000 employees it would be selling or closing all of its 800-plus U.S. Toys “R” Us and Babies “R” Us stores, according to published reports. In addition, Toys “R” Us said today it would close its 75 remaining stores in the U.K., CNN reported, after failing to find a buyer to save it from insolvency administration, which is similar to bankruptcy. (It already closed 25 stores in Britain.)

According to The Wall Street Journal, the company—which is owned by Vornado Realty Trust and private equity firms Bain Capital and Kohlberg Kravis Roberts—plans to file liquidation papers tonight in advance of a bankruptcy court hearing tomorrow.

Regarding the U.K. closures, Simon Thomas, a joint administrator for Toys “R” Us since Feb. 28, said in a news release, “We have made every effort to secure a buyer for all or part of the company’s business. This process attracted some interest, but ultimately no party has been able to move forward with a formal bid prior to the expiration of the stated deadline.”

Commercial Observer reported in January that the New Jersey-based toy giant, saddled with billions in debt, planned to close 182 stores.

Spokespeople for Toys “R” Us didn’t immediately respond to inquiries for information.