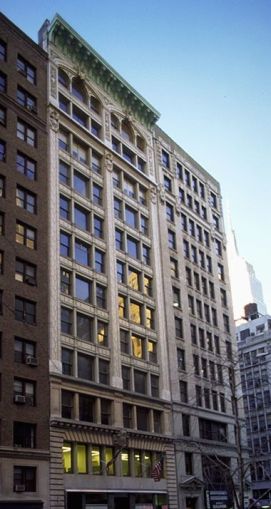 Office provider Knotel has signed its latest Manhattan lease at the Moinian Group’s 72 Madison Avenue in NoMad, where it is taking 20,000 square feet of space across four floors.

Knotel agreed a 10-year deal for the entire second, third, 11th and 12th floors at the 12-story, 58,500-square-foot building between East 27th and East 28th Streets, it announced today. The company, which provides short-term lease arrangements to office tenants who license their space from Knotel, said its footprint at 72 Madison Avenue will be 100 percent occupied by full-floor tenants including Starbucks and Sequoia Consulting Group upon opening this month.

The deal represents the second time Knotel has taken space at a Moinian-owned property; last year, the company inked a lease that will eventually see it occupy all 25,000 square feet of office space at the landlord’s 55 West 21st Street in the Flatiron District, as CO reported in September 2017.

Knotel was represented by Elie Reiss of Skylight Leasing, while it was not clear who handled the transaction on behalf of the landlord. Representatives for both Knotel and Moinian declined to provide rents in the deal. Reiss did not immediately return a request for comment.

While the bulk of Knotel’s clientele to date has been small- to medium-sized companies seeking shorter-term leases, the firm said it is seeing stronger demand from larger corporations, such as Starbucks, that are also being drawn to the prospect of more flexible arrangements for their office space.

“Big corporations also need flexibility, whether to scale during good times or adapt during more turbulent times,” Amol Sarva, Knotel’s co-founder and CEO, said in a statement. “We’re one of the few players that help bigger companies stay agile.”

Knotel now has more than 700,000 square feet of space across more than 30 locations in New York City and three in San Francisco. The company has been a prolific consumer of office space in New York since securing a $25 million Series A funding round in February 2017 (disclosure: Observer Capital, led by Observer Media Chairman and Publisher Joseph Meyer, is among Knotel’s investors).

The office provider says it expects to grow its footprint to “several million square feet” over the course of this year, and has drawn up plans for “further expansion in large global cities” including London.