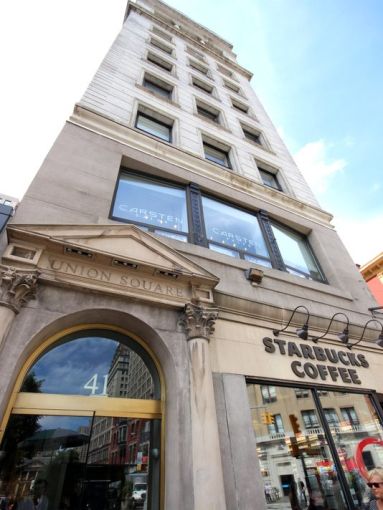 Knotel has agreed to take roughly 16,000 square feet across the fifth through seventh floors at 43 West 24th Street, a 12-story, 75,000-square-foot building between Fifth Avenue and Avenue of the Americas in the Flatiron District. At 41 Union Square West, the office provider has taken around 14,000 square feet across the second and third floors at the 16-story, 130,00-square-foot property at the southwest corner of Broadway and East 17th Street.

The 10-year deals were signed last month, a spokeswoman for Knotel said. In the 43 West 24th Street lease, the tenant was represented by Elie Reiss of Skylight Leasing while Daniel Breiman of Olmstead Properties handled the transaction on behalf of landlord The Rosen Group. At 41 Union Square West, Knotel was represented by Michael Morris and Greg DiGioia of Newmark Knight Frank and landlord Brause Realty was represented by NKF’s William Cohen, Brittany Silver and Jamie Jacobs.

Asking rent was $56 per square foot at 43 West 24th Street, according to sources with knowledge of the transaction. Representatives for NKF and Skylight did not immediately return requests for comment. A representative for Olmstead confirmed the deal but declined to comment.

“We are very excited to welcome Knotel to [41 Union Square West] and are excited to work with them to bring new users to the building,” Melissa Brause Rackoff, Brause’s director of leasing, told Commercial Observer.

Knotel, which provides office space to its tenants via short-term or rolling arrangements, has rapidly expanded its portfolio this year to more than 700,000 square feet of space across more than 30 locations in New York City and three in San Francisco.

In New York, the firm has been especially prolific in the Midtown South submarket. Last week, Knotel announced a new 20,000-square-foot location at the Moinian Group’s 72 Madison Avenue in NoMad, as CO reported.

Update: This story has been updated to include asking rent at 43 West 24th Street, the landlord brokers at 41 Union Square West and a statement from Brause Realty.